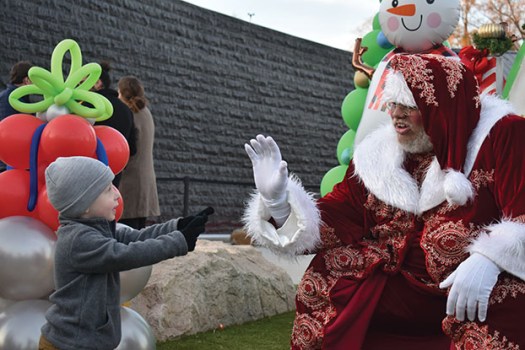 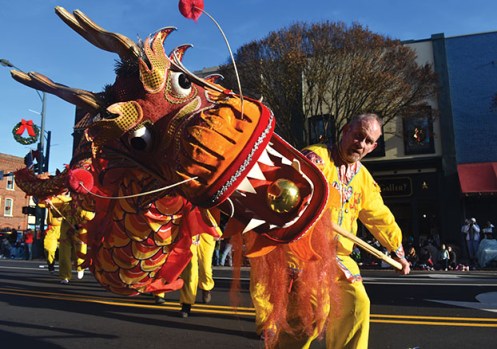 A Chinese dragon operated by a team of people was one of the new editions to the parade this year. Ben Stansell/Salisbury Post 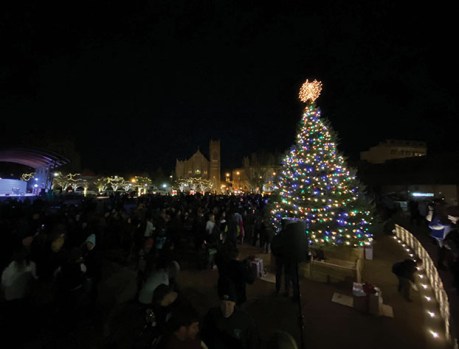 The tree at Bell Tower Green was lit on Wednesday night, but not before Fred and Alice Stanback were recognized for their contributions to bringing the park to fruition. Ben Stansell/Salisbury Post 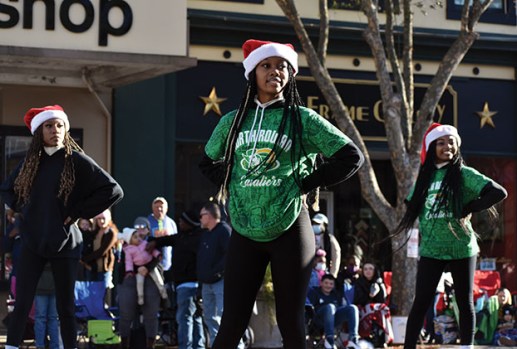 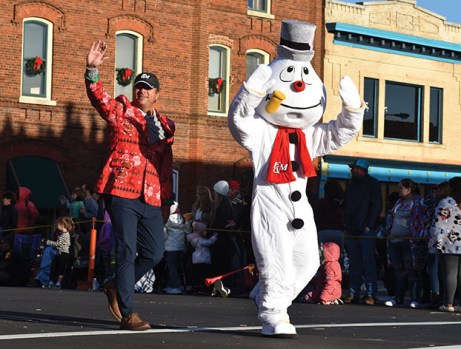 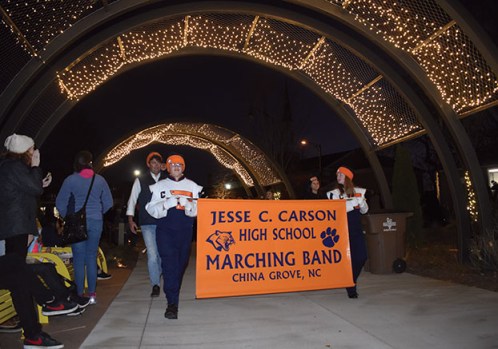 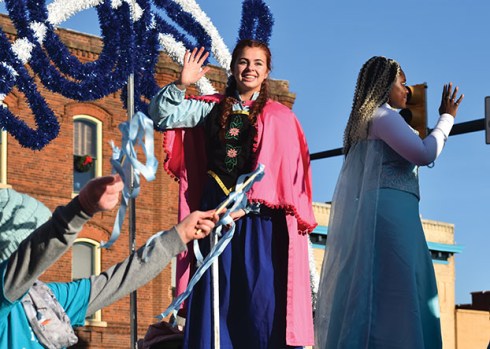 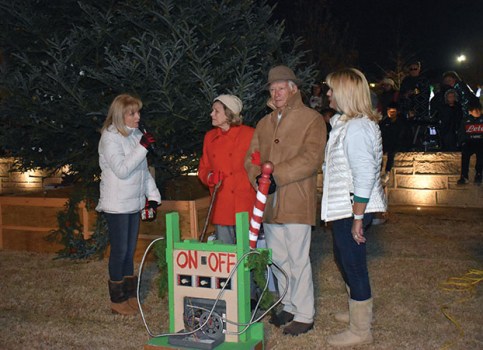 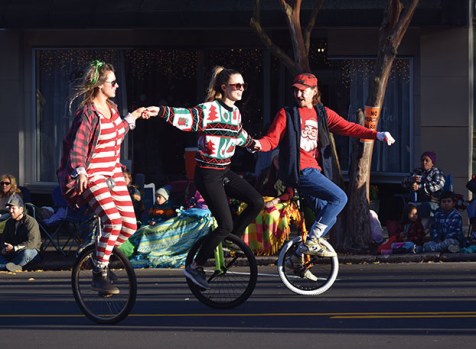 Cycles with one wheel and two wheels rode through the parade. Ben Stansell/Salisbury Post 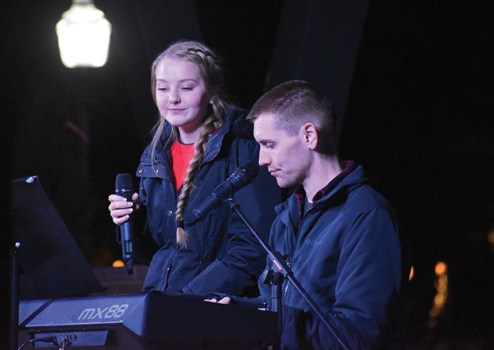 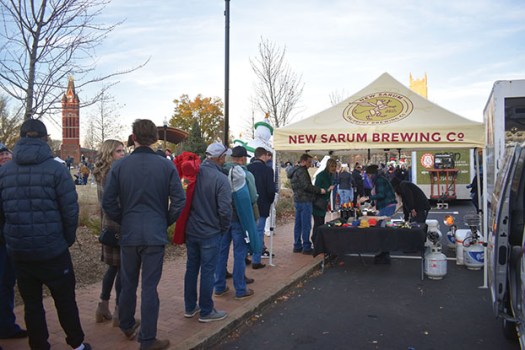 It didn't take long for a line to form at the New Sarum Brewing tent. The downtown Salisbury brewery made a special hot chocolate flavored beer for the occasion. The proceeds from the special brew will be donated to Prevent Child Abuse Rowan. Ben Stansell/Salisbury Post 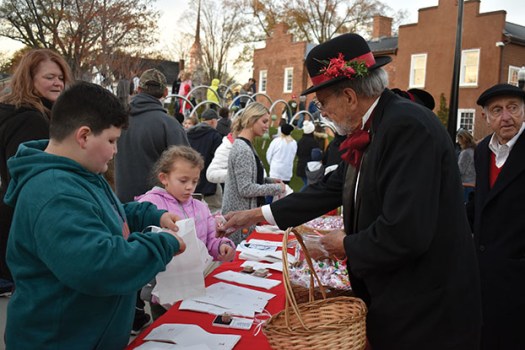 Clyde hands out peppermints and other candy to children during the Holiday Spectacular at Bell Tower Green. Ben Stansell/Salisbury Post 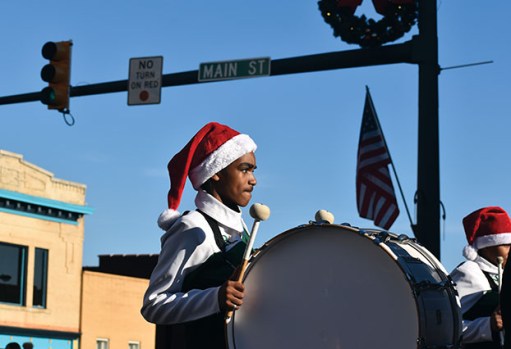 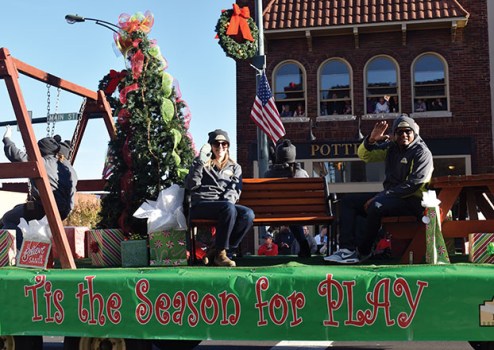 City of Salisbury Parks and Recreation staff rode atop a float, soaking in much deserved applause. The staff was responsible for transforming Bell Tower Green into a holiday scene for the tree lighting and concerts that followed the parade. 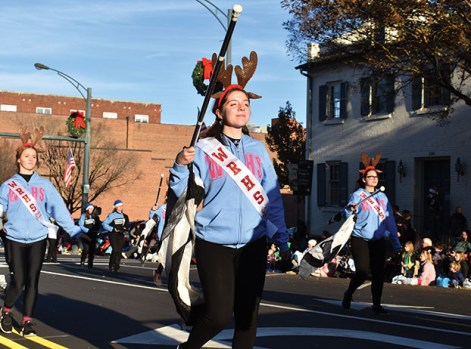 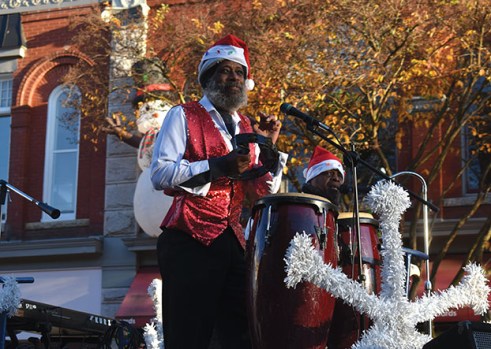 A performer plays his tamborine. There was music of all kinds in the parade, from mariachi bands to marching bands. Ben Stansell/Salisbury Post 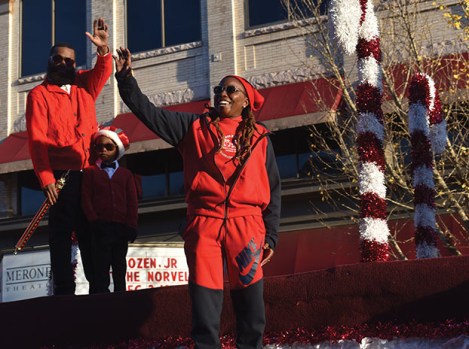 Smiles were not in short supply during the parade. Ben Stansell/Salisbury Post 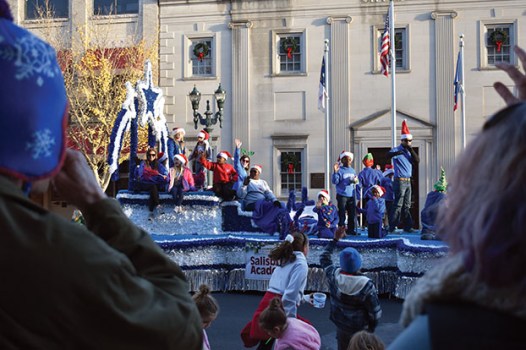 Salisbury Academy was one of several schools represented in the parade. Ben Stansell/Salisbury Post 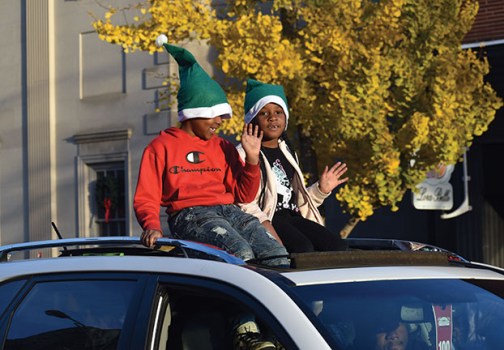 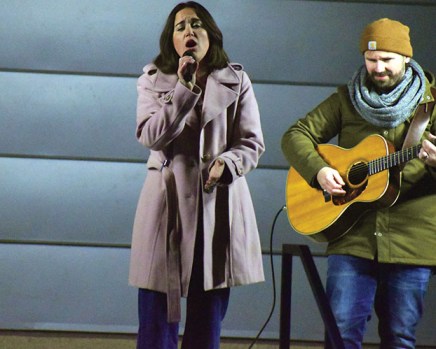 Rowan County native Britt Nicole was the headliner and final act to take the stage during the Holiday Spectacular at Bell Tower Green. Ben Stansell/Salisbury Post 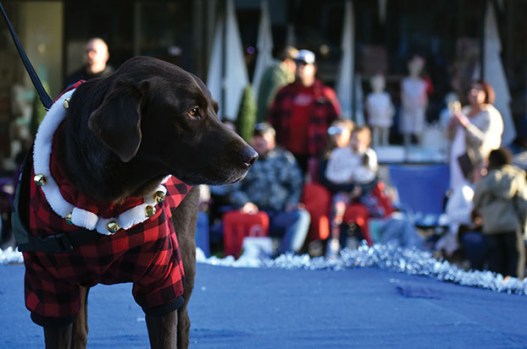 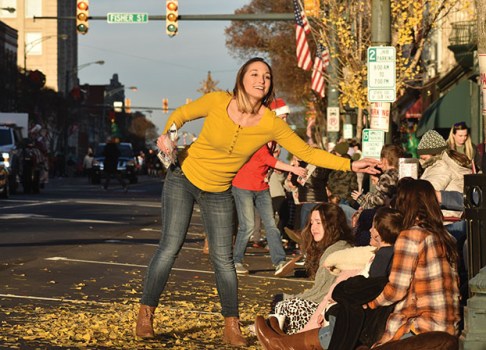 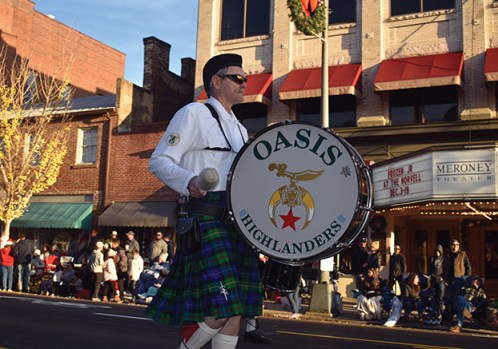 Two bagpipe and drum groups were featured in the parade. Ben Stansell/Salisbury Post 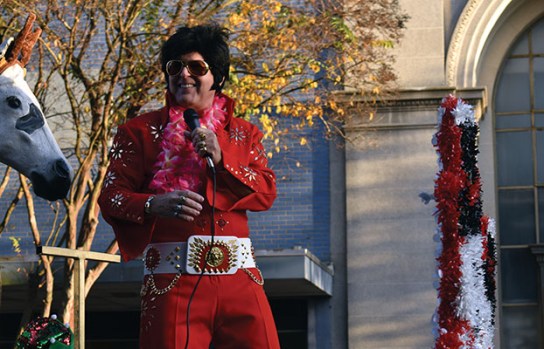 An Elvis impersonator sang and danced like the "King of Rock and Roll" aboard a float. Ben Stansell/Salisbury Post 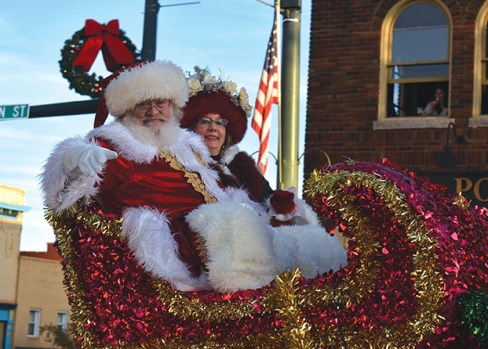 SALISBURY — Brenda Overcash usually watches the ‘Tis the Season Spectacular parade in Spencer, but this year she set up shop at the corner of Fisher and Main streets in Salisbury.

She wanted to be able to walk right to the park afterward.

Overcash had a good reason to get there. Parade organizers Hen Henderlite and Shari Graham teamed up with Salisbury Parks and Recreation to host the first ever Holiday Spectacular at Bell Tower Green on Wednesday evening immediately following the conclusion of the annual Christmas parade.

Along with live music performed on the amphitheater stage and food trucks dishing up hot meals, Henderlite and Graham led a tree lighting ceremony, electrifying a 25-foot tall Christmas fir that bathed hundreds of spectators in a multicolored glow.

The dream of the Holiday Spectacular may not have come to fruition if it wasn’t for Fred and Alice Stanback. The prominent Salisbury philanthropists were quick to put their monetary and personal support behind Bell Tower Green when it was little more than an idea several years ago. For the role they played in catalyzing the park’s creation, they were recognized Wednesday night before the big lever was flipped and the tree was illuminated.

“Words of gratitude here at Thanksgiving are not enough for everything you’ve done to make this park a reality,” Henderlite told the Stanbacks after bringing the couple in front of the crowd.

Before the tree was lit, the Carson High School Band marched and danced through the park while playing well-decorated instruments. The band’s spirited performance was a nod to Fred’s own dream for the park.

“Fred had an interview about the park and talked about how much he loved it and what his dreams were and his vision and what he thought about it. He said, ‘I’d always love to see a marching band in the park,’” Graham said.

Henderlite announced the Christmas tree placed at the park each year will be named the “Fred Stanback Tree” in honor of the philanthropist’s generosity. This year’s tree was sponsored by the Todd Steinman family in honor of Will, Amelia and Joe Steinman.

“It’s very special for us,” Alice said. “We feel very special to be recognized and very humbled at the same time. And it’s wonderful to see the park used.”

After the tree lighting ceremony, country duo Dustin Chapman and Rayleigh Madison performed a set before giving up the stage to Rowan County native Britt Nicole. As music played, families listened from lawn chairs or milled about the park, taking pictures in front of inflatable snowmen, eating snacks or drinking a New Sarum brew. Or a couple. Santa Claus listened to gift requests from a festive throne. Representatives from Rowan Museum handed out bags of candy.

Bell Tower Green’s transformation into a holiday scene reminiscent of a Hallmark movie was primarily carried out by the city’s Parks and Recreation staff members, who have worked for the past several weeks to put up the tree and string lights around the park.

“We couldn’t have asked them to be more helpful to us,” Graham said.

Like Overcash, many of the people who filled the park for the Holiday Spectacular came over directly from the parade.

With 128 entries, the procession itself was the longest since Henderlite and Graham took over planning the event several years ago. The grand marshals for this year’s route were healthcare workers from the Rowan County Health Department who helped respond to the COVID-19 pandemic. Many of the dance troupes and performative parade entries stopped at the square in downtown Salisbury for at least a moment to executive rehearsed routines. Henderlite said she judged the turnout to be bigger than in year’s past.

There were familiar favorites in the procession such as Santa Claus and the Los Gavilanes Mariachi Band, but new additions too.

“This year we added the Chinese dragon and I think it was a big hit,” Henderlite said. “We added the bagpipe and drum kit from Fayetteville. They’re famous in North Carolina. Each year we try to be more inclusive.”