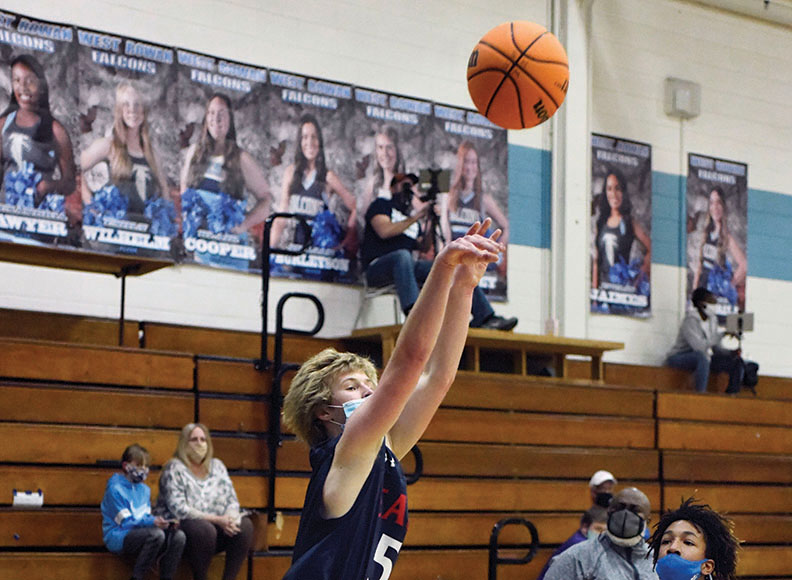 Sixth in a series of reports on local basketball teams.

GRANITE QUARRY — Three forfeits last season made the official record look a lot worse than the product East Rowan’s boys were able to put on the court last winter.

East actually was pretty good. The Mustangs won games against schools such as Carson, Statesville and South Iredell that they haven’t been beating.

The bad news was it was a senior-laden team East put on the floor in head coach Andrew Porter’s first season in Granite Quarry. A flock of seasoned veterans graduated.

Porter is still very optimistic about his second season. He believes the Mustangs will be competitive again thanks to tall additions and improvement from players who were in supporting roles in the program last season.

“We’re got an athletic roster,” Porter said. “I think we can defend, I think we can score, the chemistry is good, and I think this team will be mentally tough and make good decisions late in games. These guys are all-in. They put in the work over the summer to get better and they really like playing with each other.”

East had five guys who basically averaged 10 points per game last season. The only one of the five who is back is junior guard Dylan Valley.

He can get hot from 3. He scored 22 against Statesville and he had 17 against a very good North Iredell squad.

“He can flat-out score,” Porter said. “He’s a much more aggressive basketball player now than the one you saw last year. He’s really worked on his game over the summer, and he’s putting the ball on the floor more and getting to the basket more. He definitely can shoot the 3, but he’ll be a more versatile scorer this season.”

Two of the primary scoring threats will be newcomers to the roster.

“He can run and jump and he’ll dunk it on you,” Porter said. “He’s very athletic and he’s a key piece for us. Having him should open up some room for our shooters.”

Senior Daniel Overcash, who is in that 6-3/6-4 range, also should be a major factor.

“He’s versatile, a solid player who can score inside or outside and a very good shooter,” Porter said. “He’s the X-factor.”

Quick senior guard Kilighia “Kee” Ellis will be counted on for a lot more this season. He got minutes off the bench as a junior, including an 8-point effort against Statesville.

Sophomore Jaden Sprinkle, who had some big scoring games for the jayvee team, is a skilled youngster who can help the guard corps.

Juniors Caleb Haynes and Whitt Hoesman are new faces who will help the Mustangs on the perimeter.

Junior Jaxon Trexler, a blue-collar guy who can defend and rebound, and sophomore Jonathan Wemboula are frontcourt additions.

“There’s a lot of buzz about this team in the community,” Porter said. “I think we’re going into a very competitive league, but I think we can be one of the top four.”