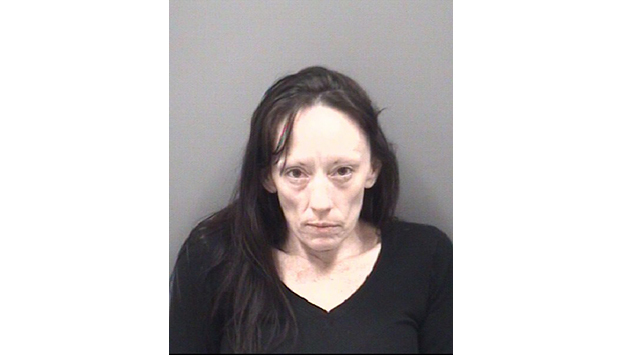 SALISBURY — A 42-year-old woman was jailed Saturday for making a series of purchases with someone else’s credit card.

Barbara Lynn Moose of Salisbury was charged with identity theft and 14 counts of obtaining property under false pretenses.

Moose is alleged to have made a number of online purchases totaling over $1,000 using a victim’s stolen debit card information. The purchases included an order from Amazon and cosmetics companies. Most of the purchases occurred in January.

At the time of her arrest, Moose was wanted for failing to appear in court on a misdemeanor drug paraphernalia charge. Moose was issued a $11,300 bond and booked in the Rowan County Detention Center.

In other weekend arrests:

• William Cody Baxter, 28, of Salisbury was charged Sunday with assault with a deadly weapon, assault with a deadly weapon inflicting serious injury and injury to real property. Baxter allegedly stabbed a victim in the lower leg with a pocket knife. He also caused damage to a separate victim’s kitchen window, according to the warrant for his arrest. Baxter was issued a $20,000 bond and booked in the Rowan County Detention Center.

• Ivan Walter Bowyer, 52, of Salisbury was charged Friday for obtaining property under false pretense. Bowyer allegedly deposited three counterfeit checks in the amounts of $2,300, $1,012 and $5,888 into his account at SunTrust Bank in February.

• Eric Dustin Storey, 31, of China Grove was charged Saturday with assaulting a government official or employee, resisting a public officer and second degree trespass. Storey was allegedly trespassing at the Fish Bowl in downtown Salisbury. When officers arrived to investigate an impaired pedestrian complaint, Storey attempted to flee by ramming his body into an officer. Storey was issued a $2,000 bond and booked into the Rowan County Detention Center.

• Cassidy Ferrell, 19, of Salisbury was charged Saturday with assault with a deadly weapon and injury to personal property. Ferrell allegedly rammed her Toyota Camry into a victim’s Dodge Charger three times, causing damage in excess of $200.

• Donna Lea Mullis, 43, was arrested Saturday as a fugitive wanted in South Carolina for felony probation violation for illegal use of credit cards. Mullis was issued a $50,000 bond and booked in the Rowan County Detention Center.