Kia Creamer: What’s in a name? 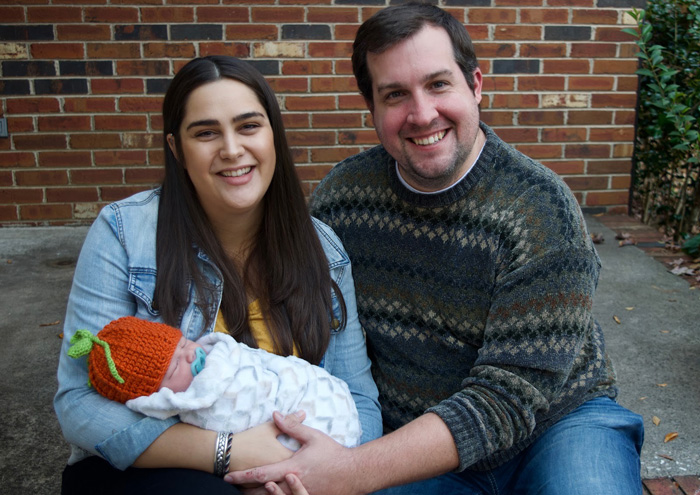 Editor’s note: Thanksgiving is a special time for many families, a time to give thanks. A time to be even more grateful for the birth of a new baby. Here’s one local family’s story of the name they chose to give their son.

When Troy and I first discovered we were pregnant, it didn’t exactly feel like the fairytale moment we fully expected it to be. It was full of emotions: confusion, disbelief, of course indescribable joy, shortly followed by pervasive anxiousness. You would think we would be more prepared but after five years spent wishing, hoping and praying, all that energy now poured into one question, “What now?”

Similarly, our story of finding out he would be “he” did not go exactly as planned either. One unfortunate push notification from our hospital’s app revealed unceremoniously that we would be welcoming a son. And attempts to keep the gender to ourselves moving forward were repeatedly spoiled by the inability to contain our excitement.

One thing we were ready and eager for, right away, was to give this child a name. Family is a central theme for us and a value we hold most precious. We have been loved and supported by amazing people. And so, in dedication to return that love to our child, we elected to use family names.

The phrase “blood is thicker than water” is often used to justify prioritizing family bonds over the bonds that we have made by choice. The full saying actually reveals wisdom that contradicts the way we use it. In its entirety, the saying goes “the blood of the covenant is thicker than the water of the womb.” In truth, this adage insists that the bonds we choose for ourselves can mean much more than the ones we don’t have much say in.

Both of us were lucky to be born into pre-existing loving bonds. However, I am also is the recipient of the sacred kind of love of someone who chose me. John Grubb embraced fatherhood to three children as an intentional act. He understood missing the first 10 or so years of my life meant gaps of memories he would never have, and being stepfather comes without some of the fanfare in memories to come. None of that deterred him from devoting the same kind of love and attention to me as you’d see from any great biological father. This is the type of love we want our son to know. A love that cannot be mistaken because it is thoughtful and conscious by the sheer nature of it. And so we selected a “K” name in line with our family tradition, appropriately meaning “children” in German, and most importantly, a middle name shared by his grandfather — Kinder.

Learning we were going to be parents was filled with a lot of emotions, a lot of that compounded by the roller coaster of events from the previous year. Collectively, we all experienced a difficult realization that some things are entirely out of our control. In our and other Creamer households, we additionally experienced a heartache so deep, it made global pandemics and social unrest feel like white noise. Troy’s father had the luxury of being a man of few words because so often his actions spoke for him. Dedicating his life to be able to provide for his wife and three boys was a clear priority. In his free time he continued to live into his giving spirit by serving the most vulnerable people in his community.

After two years of surgery and chemotherapy, Jack Creamer finally found rest and wholeness with God in early March 2020. At first, and if I’m being honest, I still have moments when I think about how sad it is that we will never see this amazing man hold his own grandson. But then I have a startling realization. Jack Creamer already knows our child. In fact, their souls would have been together for nearly a year. For that reason, selecting a first name was plain. Our son’s name is Jack. Named after his father’s father and the soul that knew his first.

Jack Kinder Creamer was born on Nov. 7 at 4:19 p.m. at a healthy 10 pounds, 1 ounce, and 22 inches long. This holiday season, I give thanks for my family, for the family that came before me to its newest member — my son.