Here’s what to know about ‘Tis the Season parade, Holiday Spectacular at Bell Tower Green 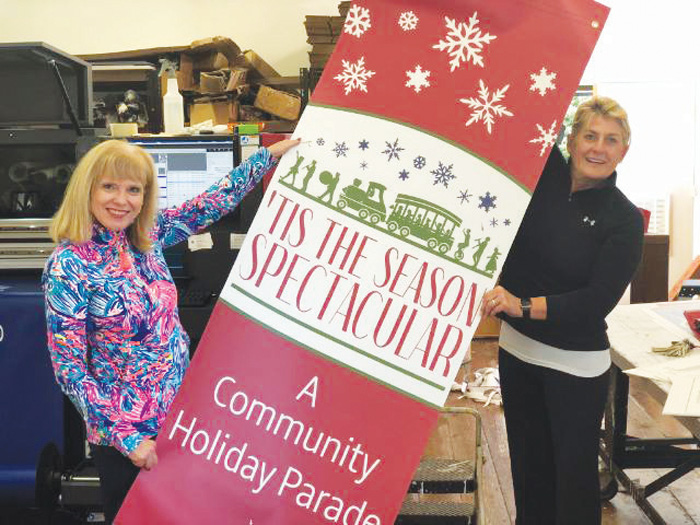 SALISBURY — The ‘Tis the Season Spectacular will spread holiday cheer through the streets of Spencer and Salisbury on Wednesday afternoon.

The parade will start near East Jefferson Street in Spencer at 2 p.m. and reach Wallace & Graham in Salisbury at 3 p.m. Following the parade’s conclusion near Stallings Memorial Baptist Church, festivities will continue with the Holiday Spectacular at Bell Tower Green.

With 128 entries, this year’s parade will be the longest procession in ‘Tis the Season Spectacular history. There will be 10 marching band units, 11 dancing troupes and 25 professional floats. Queens, elected officials, local colleges, churches, veterans organizations and nonprofit groups will be in the procession as well. Special entertainment during the parade will include a number of bands, an Elvis Presley impersonator, a walking animatronic dinosaur and Sir Purr, the Carolina Panthers’ mascot.

The grand marshals of the parade will be Rowan County Health Department COVID-19 staff members.

Coats on a Float will roll through the route while accepting any donated coats, which will go to help the less fortunate this winter. Coats on a Float will also collect outerwear at Bell Tower Green. The coats will then be donated to Rowan Helping Ministries. For those who would like to donate a jacket but can’t make the festivities, call Lori Schilkowski or Susanna Hollingsworth at 704-788-8008 to schedule a donation. The float is a combination effort by Keller Williams Premier Realty, Team Chevrolet and Gateway Mortgage.

Seating for the parade can be reserved on www.tistheseasonspectacular.com until 5 p.m. tomorrow.

Music for the parade will begin on the Square in downtown Salisbury at noon. WSAT will livestream the event starting at 2 p.m. Food Lion is the parade’s presenting sponsor.

Once the route is finished, the first ever Holiday Spectacular will start at Bell Tower Green. The event, presented by the parade committee and Salisbury Parks and Recreation, begins at 4 p.m. when the Salisbury Swing Band takes the stage. Los Gavilanes Mariachi Band is set to perform at 5 p.m.

The 25-foot-tall Christmas tree stationed on the green will be lit after a short ceremony around 6 p.m. Country music duo Dustin Chapman and Ryleigh Madison will perform shortly after. Christian Pop artist Britt Nicole is slated to close out the night at 7:15 p.m. Attendees are encouraged to bring chairs and blankets to put on the green.

Throughout the evening, Santa Claus will visit with children of all ages. Family games and activities organized by Rowan Museum will be available. Food trucks scheduled to be at the Holiday Spectacular include Mise en Place, Wings on Wheels, This Little Piggy BBQ Smokehouse, Mottzarellas, Hot Box Food Truck and Dewey’s Pop Up tent. Mean Mug will be serving warm drinks. Some of the food trucks will be open for lunch in the park for those who was to get a pre-parade bite.

New Sarum will be on site to release its ‘Tis the Season Spectacular hot cocoa ale, with all proceeds donated to Prevent Child Abuse Rowan.