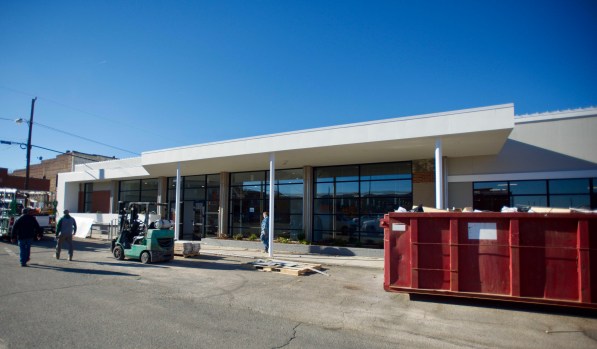 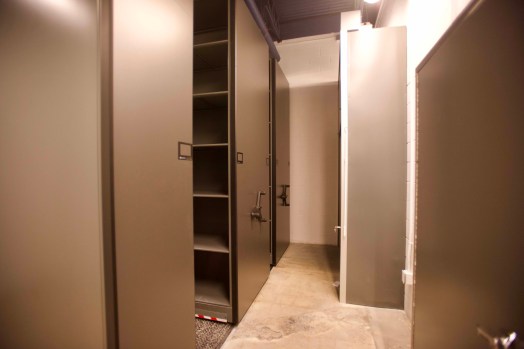 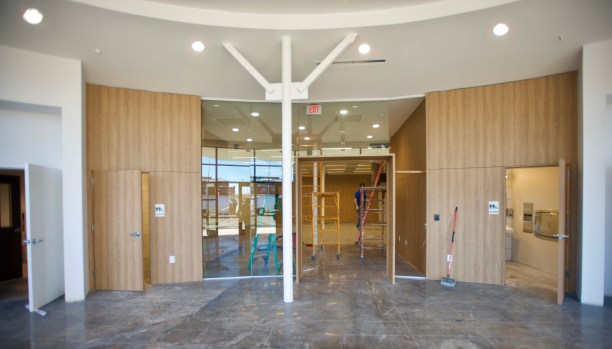 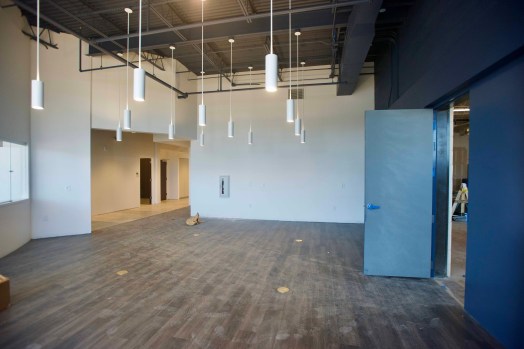 Carl Blankenship/Salisbury Post - This area will be a shared workplace for town staff.

SPENCER — The finishing touches are going on Spencer’s new town hall as it heads toward a grand opening in early December.

The new facilities occupy 12,000 square feet of space on one end of Park Plaza. The new face on the section of building is getting its last cosmetic touches with wood veneer panels to be added. Cleanup crews are clearing and scrubbing down the building to get it ready for employees to move in.

Town Manager Peter Franzese said furniture for the building should arrive next week.

The building will house town administration and the police department. Those operations will be bisected by the town’s board room. The glass front of the building leads into a lobby area, with a clear view through a wall of glass into the new board room, which has storage areas, cameras and televisions.

Dotted throughout the building are cylindrical skylights, allowing sunlight to enter the building.

The chief’s office is up front on the police department side, with a hallway of offices and a secure bathroom as well as modern evidence storage areas. The current facilities have issues with smells from evidence storage, but the new area has its own room with high density storage and a separate area for weapons collected as evidence.

A covered parking area past a secure door connects to the department as well.

The other side includes shared space for town staff and offices for the town manager and mayor, with a break area and full kitchen. Franzese noted the town will now have a proper conference room as well.

“We’ve got a table kind of in a hallway right now,” he said.

The new facility also has an exercise area accessible to all employees and storage lockers, as well as three showers.

The rest of the space in the building is made up of three separate leasable areas that will be prepared as tenants see fit.

New underground electrical service runs to the building, but the HVAC units already in the building are still working.

Rowan County inspectors were on site Friday, with fire inspector Andrew King checking all life safety requirements in the building. That includes everything from making sure doors and exit lighting work properly to checking the building’s fire alarm system.

Simulated smoke foggers were released into air returns to trip smoke detectors. They all worked properly.

The town is planning an open house for the new town hall on Dec. 3 to kick of its inaugural Winterfest.