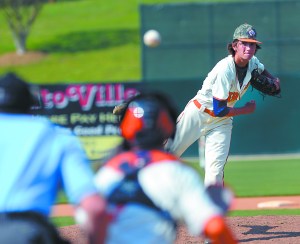 Owen White (Carson) has been named the top pitcher in the Arizona Fall League.

White, a 22-year-old Texas Rangers prospect, was 5-0 in six starts, with three scoreless outings. He led the league with 28 1/3 innings pitched, finished third in strikeouts with 29, pitched to a 1.91 ERA and held opposing hitters to a .202 batting average.

Before going to Arizona, White dominated late in the minor league season after missing four months with a broken hand. In low A ball, he struck out 50 in 30 innings with a mid-90s fastball and wipeout curve.

White will likely start 2022 in Double A.