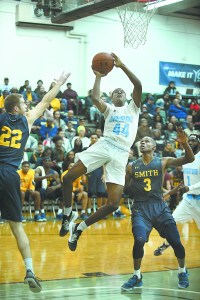 Both teams shot better than 50 percent from the field. Livingstone made 11 turnovers, while Paine had 12.

Jakobe Williams scored 23 for the Lions from Augusta, Ga., while Nate Adams had 21.