RSS employees strategize next steps in fight for better pay 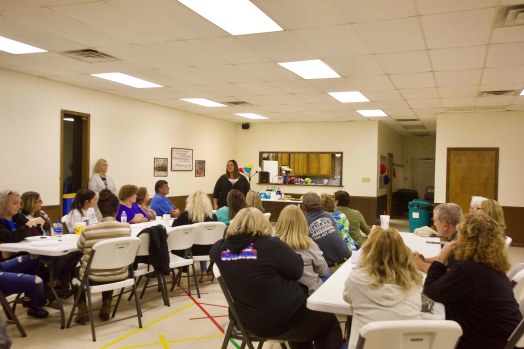 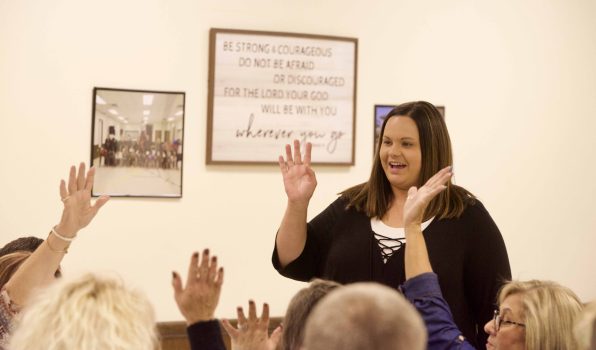 Carl Blankenship/Salisbury Post - Hannah Crowe opened the meeting by getting a raise of hands for every position represented. The meeting was a mix of bus drivers, teaching assistants, custodians, maintenance and front office workers.

CHINA GROVE –More than 30 Rowan-Salisbury Schools employees gathered in the fellowship hall of Grace City Church on Thursday to talk about what’s next in a fight for better pay from the district.

All were classified employees, which include hourly workers such as bus drivers, teacher assistants, maintenance workers and custodial staff who are underpaid when put up against similar school districts.

Some members of the group showed up to the RSS Board of Education meeting on Monday to watch, and some spoke to the board about the substandard pay during the public comment period. The board OK’d significant raises for bus drivers that were included on the agenda and unexpectedly approved $2,000 bonuses for all staff, but many classified staff are still waiting on pay increases to be approved as the end product of a pay study.

Trina and Hannah Crowe, mother and daughter, have unexpectedly turned into spokespeople for the group. After the meeting, they got a call from the district’s central office to meet with RSS Superintendent Tony Watlington and other senior administrators.

Hannah Crowe told the crowd Thursday Watlington wanted them to know they are appreciated, which prompted laughs.

She pressed on, saying Watlington began his career in education as a custodian and bus driver, and that he took note of poor pay for classified staff when he started with the district at the beginning of the year.

During a RSS Board of Education retreat this summer, Watlington showed the board a comparison between RSS and similar districts that placed it toward the bottom or dead last in some areas of classified staff pay.

The pay study conducted by RSS recommends pay increases, and with additional funding tied to mandatory pay increases in the state budget Gov. Roy Cooper signed on Thursday, the district is planning to roll out raises to the rest of the classified staff.

Nutrition staff are next on the list — to be funded through the nutrition department’s funds. Other positions will follow in early 2022. They told Watlington the decision to give raises to some groups first divided staff members. Most bus drivers for the districts have dual roles. Many teaching assistants, for example, also drive bus routes.

Hannah Crowe, a dual-role teaching assistant and driver, said she appreciated the raise for her dual role, but there are other classified staff who do not drive and will not see any immediate benefit from the raise.

Hannah Crowe said she told Watlington people fester and think the district is not willing to pay more when they do not know what is going on. Watlington said he wants to hold a town hall discussion with classified staff. While no date is finalized, the town hall meeting is expected to be in early December.

Trina Crowe told the group attendees should email questions ahead of time, which was met with some skepticism.

“That’s not right,” one woman jeered.

Hannah Crowe said sending questions ahead of time was her idea so RSS administration can have answers prepared.

“If we get our questions in beforehand, then they know what we’re going to ask; they better have the answers there,” Hannah Crowe said. “And if they don’t, that’s going to be bad on their part.”

Trina Crowe said employees need to keep showing up, and that Watlington does want to be in touch with staff.

Michael Chapman, a local resident who began championing classified pay months ago, attended the meeting even though he recently took a position driving elsewhere.

“I think, personally, you need to give them deadlines,” Chapman said. “This town hall meeting is a delay. It’s a delay. That’s all that it is.”

Chapman said the group should not threaten the district, but it should agree to dates to see action. He said the group needs to get the word out to other staff.

Hannah Crowe said pay increases could mean major quality of life improvements for some staff, including not having to work two jobs to get by.

Trina Crowe worked for the district for 24 years in a litany of positions. She said sometimes she complains to herself.

“I think I’ve bottled it up for several years,” she said, adding people hold on expecting something to change year-after-year until it gets to the point they have had enough.

Trina Crowe said she also feels good about the current direction for pay raises, though she knows not everyone will be happy.

“I think we’re going to get something,” she said.