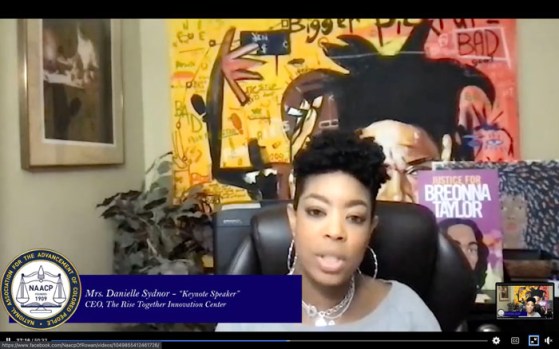 Danielle Sydnor of The Rise Together Innovation Center 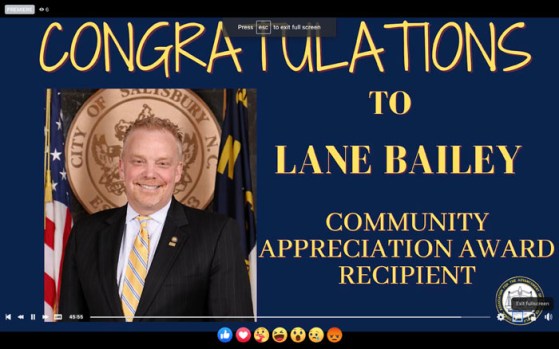 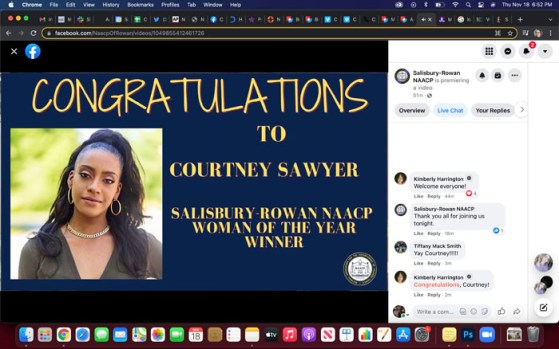 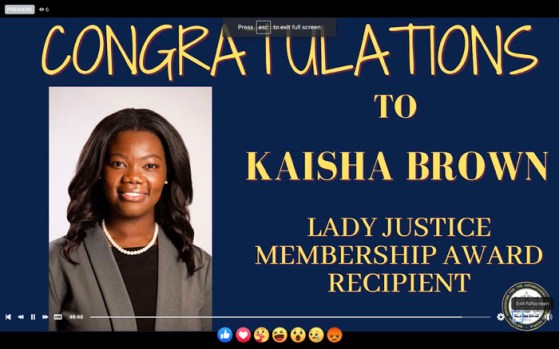 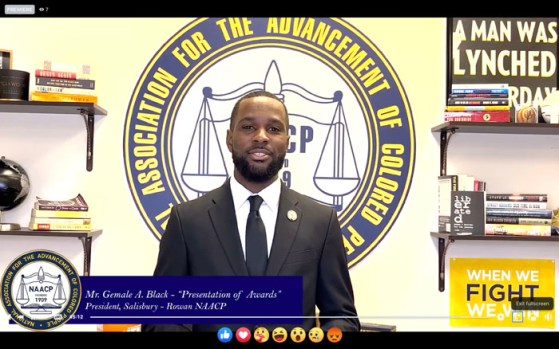 SALISBURY — Danielle Sydnor of The Rise Together Innovation Center says the death of George Floyd in 2020 and the pandemic showed it’s time for “radical imagination” in the continued fight forward for equality.

Sydnor was the keynote speaker Thursday during the Salisbury-Rowan NAACP’s 27th annual Freedom Fund Banquet, which was hosted virtually. This year’s event pushed the message of “fighting forward toward justice, equality and change.”

Sydnor said her mother taught her from a young age to advocate for herself and remain authentic and true to herself. It’s what Sydnor has instilled in her sons as well. She recited a story of a recent interaction with one of her son’s teachers who contacted Sydnor with concerns he was acting poorly and less focused in the classroom. Sydnor said the teacher reported she was trying to steer Noah to other children who should be his friends. The children were mostly white, rather than children who looked more like him, Sydnor said.

Sydnor said she could have reacted many different ways, but she chose to talk with the teacher and challenge her to think about how she as a teacher may be perpetuating “whatever issue she was trying to correct.” Additionally, Sydnor wrote a letter to school administration about her displeasure in how the teacher chose to address her son’s social interactions.

“It is by helping people understand that advocacy is not something someone else does for us,” Sydnor said. “We learn advocacy, in my opinion, by the things we are willing to do for ourselves.”

Sydnor said she believes the teacher had Noah’s best interests at heart, but that it was an example of the need to help allies better understand what it means to fight for equity, justice and change.

Events in 2020, she said, evoked a new kind of work being done by people who want to be allies in the fight for racial equality. She said part of that requires giving people “as much grace as we want to receive.”

She also called for “radical imagination” so as to not waste the opportunity and momentum of the current movement.

“When we fight, we win,” Sydnor said.

Livingstone College Public Relations Director Kimberly Harrington, who served as the mistress of ceremonies, kicked off the virtual banquet by reciting a poem entitled “Lord, Why Did You Make Me Black?” by RuNett Nia Ebo. A few stanzas of the poem state:

Why do people think I’m useless?
How come I feel so used?
Why do some people see my skin and think I should be abused?

Later in the poem, God answers:

Get off your knees and look around.
Tell Me, what do you see?
I didn’t make you in the image of darkness.
I made you in the Likeness of ME!

A handful of Salisburians received awards for their support and dedication to the NAACP’s mission. City Manager Lane Bailey received the Community Appreciation Award for his “dedication, love, compassion and strength” for the mission of the NAACP, said Salisbury-Rowan NAACP President Gemale Black, who also congratulated Bailey on his retirement. Bailey will retire in December after serving as manager since 2015.

Additionally, Salisbury Communications Specialist Kaisha Brown received the Lady Justice Membership Award, which is one of the local branch’s highest awards granted to a woman who’s dedicated their time and energy with the NAACP.

Lastly, Livingstone College graduate Courtney Sawyer was awarded Woman of the Year for her leadership, service and fundraising efforts. In 2015, Sawyer was named Miss United Negro College Fund at Livingstone College and is the founder and director of Woman Up Wednesdays, an organization that aims to encourage and empower students in the Rowan-Salisbury Schools System.

Also during the virtual banquet, Mayor Karen Alexander of Salisbury, Mayor Jonathan Williams of Spencer and Mayor Barbara Mallett of East Spencer all recited proclamations honoring the 27th annual Freedom Fund Banquet. Mallett said during her recital of the proclamation that significant strides have been made for racial equality, but there is more work to be done to ensure a living wage, affordable housing, accessible health care and a fair criminal justice system. She also denounced the riot of the U.S. Capitol on Jan. 6, drawing a drastic difference in the treatment of those responsible versus if those people had been mostly Black and brown people.

“As racists and other white supremacist groups joined on the assault of our heart of national democracy was in fact a showcase of how brown and black-skinned Americans are treated differently from their white counterparts,” Mallett said. “Can you imagine how differently America’s reaction would have been had the assailants been brown and black-skinned Americans, not white?”

Mallett added people don’t have to look too far into history to see the unequal treatment, citing the amount of protection for the Capitol amidst racial justice protests in the summer of 2020 versus the lack of protection during the insurrection of Jan. 6.

“Freedom is a bloody business. Justice is a rocky road,” Mallett said. “The forward path must be in the streets. Using our influence, move to the rooms where decisions are made. Be at the table, not on the menu. Change hurts. Causes disrupt.”

Mallett also praised the city of Salisbury for its leading efforts for change in the name of equality.

Dr. Anthony Davis, chief operations officer for Livingstone College, issued a call to action, which was simply to support the NAACP. Recalling a quote from civil rights icon Martin Luther King Jr., Davis said, “Every step toward the goal of justice requires sacrifice, suffering and struggle.”

Davis called the NAACP the “largest and oldest, baddest and boldest, most loved and most hated, most feared and revered, most cussed and discussed” civil rights organization in America. Davis cited a history of the NAACP speaking up and doing the heavy lifting to evoke change, such as the end of the Montgomery bus boycott, the end of segregation in schools and the trial of George Zimmerman, who was found not guilty of killing 17-year-old Trayvon Martin in 2013. Davis said despite the acquittal, the trial never would have happened without the NAACP speaking up.

“History has showed us that we need the NAACP,” Davis said. “It’s an organization that’s done so much for so many with so little.”

He called on viewers to consider supporting the NAACP because “we can’t wait until someone needs it.”

The full banquet can be viewed by visiting facebook.com/NaacpOfRowan/.