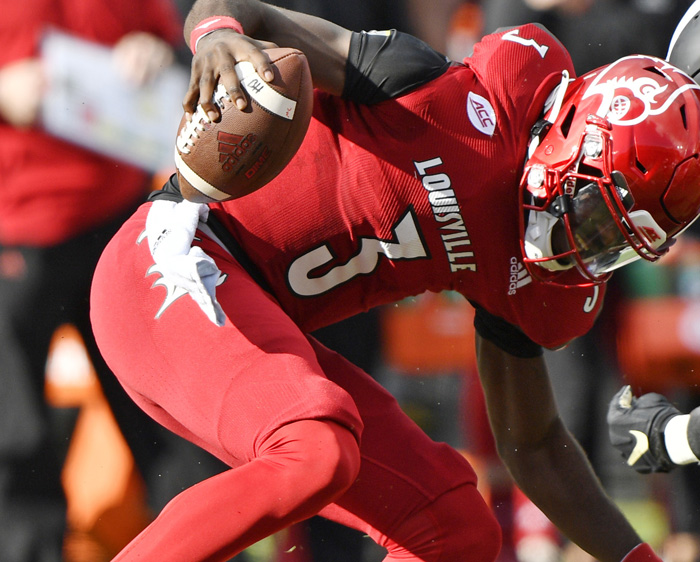 Cunningham threw for five touchdowns – each to a different teammate — and ran for two more scores. He racked up 303 passing yards and 224 rushing yards.

He’s the second Football Bowl Subdivision player with at least 300 passing and 200 rushing yards in a game. He sat out the final 12 minutes after 11 carries and 18-for-25 passing.

Quarterback Gunnar Holmberg, who missed the previous 1-½ games with an upper-body ailment suffered in the first half Nov. 6 against Pittsburgh, threw for 176 yards before exiting after one third-quarter series.

Duke’s Charlie Ham kicked first-half field goals of 22, 28 and 26 yards. The Blue Devils failed to score a first-half touchdown for the fourth time in their last five games.

Louisville is at home Nov. 27 vs. Kentucky.

Duke ends the season Nov. 27 at home vs. Miami.