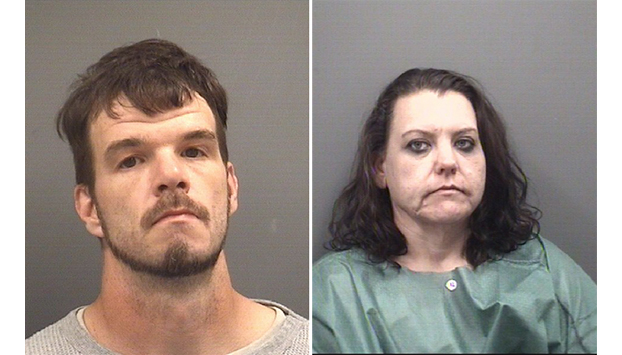 SALISBURY — Two people were jailed, a sheriff’s deputy was dragged for 50 feet and another lost a ring finger Tuesday during a chase that started at a Food Lion on Statesville Boulevard.

Jeffrey Wayne Massey, 49, of Rockwell faces seven counts of assault on a government official with a deadly weapon, felony flee to elude, assault with a deadly weapon inflicting serious injury, resisting arrest and possession of drug paraphernalia. He has a criminal history that includes serving time in prison for second-degree murder in Davidson County.

The chase started around 11 p.m. Tuesday when Sgt. J. Naves and deputy J. Lutz pulled into the rear parking lot area of the Food Lion at 2104 Statesville Blvd. and observed a rented 2021 Volkswagen Passat turn on its headlights and drive away. An incident report states there were no registration plate lights on the vehicle and it wasn’t possible to read the license plate.

The deputies stopped the Passat, driven by Massey, behind the Food Lion store on Holly Avenue. The incident report states Massey’s vehicle dragged Lutz about 50 feet as it fled the scene of the stop. Lutz received injuries to his head, knuckles, wrists, fingers, elbows, knees, right ankle and right shoulder.

While an incident report doesn’t specify the route of the chase, the pursuit reached speeds higher than 120 mph, lasted 20 minutes and covered more than 20 miles. Massey is accused of passing vehicles in the opposite lane of travel and failing to heed stop signs or traffic lights. The report states occupants of the vehicle, Massey and Hamby, tossed items out of the Passat in an attempt to slow sheriff’s deputies down and drove directly at deputies during the chase.

Massey and Hamby as well as the two injured deputies were transported to Rowan Medical Center for tests and observation after the chase. All four were released.

Chief Deputy David Ramsey on Wednesday said the Rowan County Sheriff’s Office received information prior to the chase that Massey intended to try and commit “suicide by cop.”