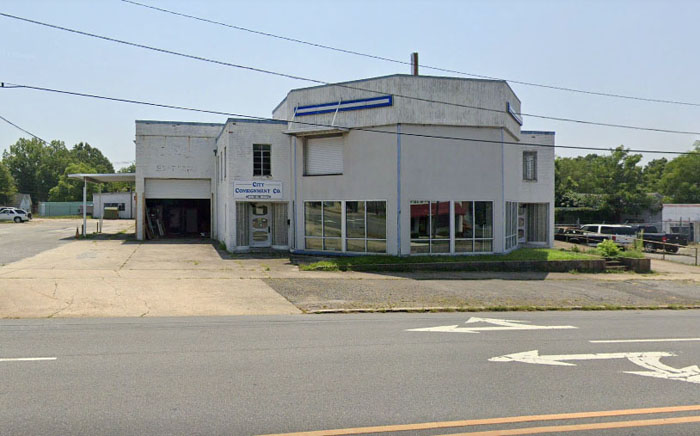 The City Consignment Co. building, at 419 South Main St., could be the site of 64 multi-generational, mixed-income units right outside of the downtown area.

SALISBURY — Developers see the potential for a multi-generational housing development at the City Consignment Co. building on South Main Street thanks to an Environmental Protection Agency grant received in 2018.

The city joined the Environmental Protection Agency’s Brownfield Program in 2014, which has allowed it to receive targeted funding to assist with clean-up of potentially contaminated properties, assess environmental risks and reposition properties for reuse. Planning Director Hannah Jacobson and Joe Morici of Cardno, a firm the city partnered with in 2014, presented council members Tuesday with an outline how the $300,000 grant received in 2018, which expired in September of this year, was used.

The city received $400,000 for a community-wide study in 2014, and then another $300,000 in 2018. Both of those were used to assess various sites, including Kesler Mill, City Consignment Co., Monroe Street School, Salisbury Plaza and Salisbury Depot. A total of 34 environmental assessments were conducted across more than 30 acres to survey sites for asbestos, lead-based paint and ground-penetrating radars. That’s produced a total of $101 million leveraged for redevelopment, with $54 million of that comprising completed or ongoing projects and $47 million considering prospective projects, according to Tuesday’s presentation.

Morici said some developers took interest in the building during assessments for the City Consignment Co. building, located at 419 South Main St., and have since obtained funding from the U.S. Department of Housing and Urban Development to continue moving forward in developing 64 multi-generational, mixed-income units right outside of the downtown area. Jacobson said the “unique and exciting development” is estimated to cost $15 million and is a model of what such assessments can help produce.

City Attorney Graham Corriher said he will provide council members with a formal resolution that would allow the city to be the formal issuer of bonds for the project on behalf of the North Carolina Housing Finance Agency. Corriher said the city would not incur the debt, cost or liability of such a project, but it’s a way to be an active participant in the process.

Corriher said the developer still needs to apply for the bonds, which would not be issued until the spring.

A separate grant of $500,000 received in 2020 is being used to clean-up the Kesler Mill site located on Park Avenue, which the city acquired in 2019. Debris removal is set to begin Nov. 29, with a community meeting scheduled for 6 p.m. on Thursday. The meeting will outline clean-up activities and provide more information about what hours crews will be working and truck routes. Members of the public can register for the virtual meeting ahead of time by visiting bit.ly/KeslerMillMeeting. A recording of the meeting will be posted to the website after the meeting, along with a summary of the information provided.

Morici said he anticipates clean-up efforts will span about six weeks before evaluating anything else that needs to be done to mitigate environmental issues at the site.

• City council members approved a resolution supporting Salisbury-Rowan Utilities’ efforts to apply for a 2021 Building Resilient Infrastructure and Communities grant from FEMA in the amount of $30 million to fund the relocation of and improvements to the pump station, which currently sits in a flood-hazard zone on the Yadkin River. Corriher said it’ll be a year or more before the city is informed whether it will receive the funds, but the grant application is due later this month.

• Before the regular meeting Tuesday, the city met in a closed session to discuss a personnel matter, which spanned about 40 minutes with no action taken. The council recessed Tuesday’s meeting and will reconvene for another closed session at 5 p.m. on Thursday.

• Council members approved the final plat for the second phase of Ashton Manor, a subdivision approved in 2002 proposing 111 single-family townhomes off Sunset Drive. Plats are similar to site plans except they also describe legal descriptions such as dimensions and easements to subdivision projects. Brindle said in a memo developers have posted a guarantee of improvements, and she expects to come back before council members in December for final acceptance of infrastructure, establishment of the one-year warranty and STOP conditions for city-maintained streets that will be part of the subdivision project.

• Council members adopted an ordinance to demolish a structure at 918 North Main St., which has been vacant since at least 2006.

• Council members adopted a 2021-22 budget amendment ordinance to appropriate $197,000 in revenue from the sale of a home into the special projects fund for the Neighborhood Stabilization program, which invests in housing. On Oct. 27, the Salisbury Community Development Corporation sold a house at 712 S. Jackson St. using funds from the program.

• Council authorized the sale of a .32-acre parcel located in the 1700 block of North Long Street, which is owned by the city and Rowan County governments. The upset bid process was advertised on Sept. 28, with a deadline of Oct. 8. The Rowan County Board of Commissioners on Oct. 25 declared the lot surplus property and transferred their portion of the warranty deed to the city. The lot is landlocked with no public road access, and the Rowan County Assessor determined the $800 bid was sufficient. The property will be granted to Rowan Funeral Services, Inc., which made the bid. Its tax value is assessed at $19,872.

• Council members approved appropriating to the 2021-22 budget a previously accepted FEMA Assistance to Firefighters Grant in the amount of $110,909.