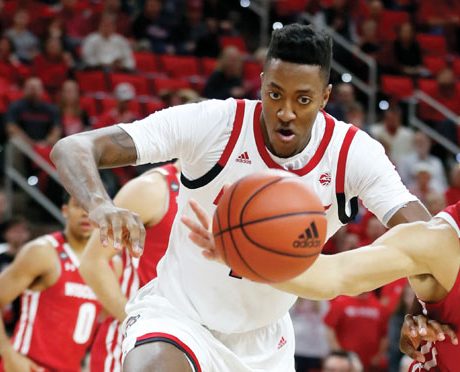 RALEIGH (AP) — North Carolina State big man Manny Bates is out for the season after suffering a shoulder injury in Tuesday’s season-opening win against Bucknell, a huge early blow to Kevin Keatts’ squad.

The 6-foot-11 redshirt junior suffered a dislocated right shoulder in the opening minute of the 88-70 win as he extended his arm while chasing down a loose rebound. Bates immediately grabbed his arm, then walked directly off the court and to the tunnel. The school announced Bates’ status Friday.

Bates was vying to become the first player to lead the Atlantic Coast Conference in blocked shots for three straight seasons since Duke’s Shelden Williams from 2004-06. He ranked 11th in Division I last season by blocking 2.67 shots per game while providing a tough interior presence.

Bates, who missed the 2018-19 season due to shoulder surgery, averaged 9.8 points and 5.9 rebounds last season.

In a statement, Keatts says he is “heartbroken” for Bates.

“He does everything the right way. He doesn’t take shortcuts,” Keatts said. “He’s a prime example of everything I want an N.C. State basketball player to be on and off the court.”