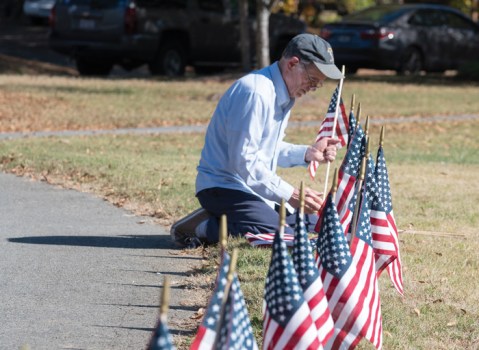 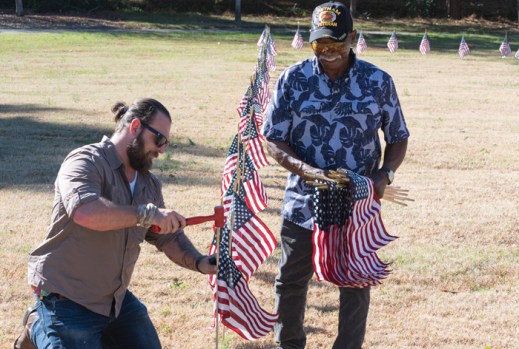 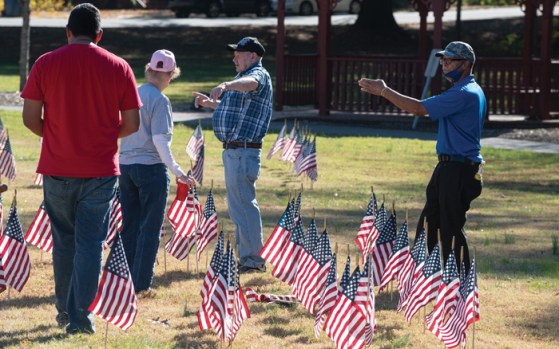 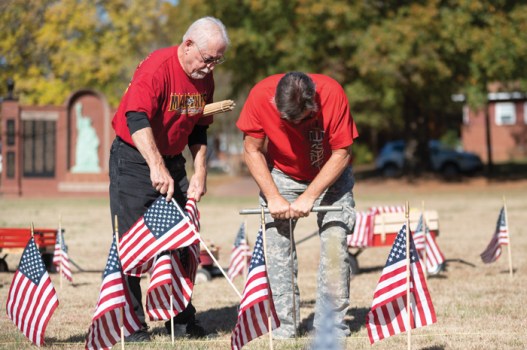 Josh Bergeron / Salisbury Post - volunteers on Wednesday helped plant flags in lines in Salisbury City Park. The flags were placed in the shape of a V in preparation for Veterans Day.

Visitors to Salisbury City Park today will be greeted by a large V comprised of a sea of miniature American flags.

Hercules Shannon was the leader of the volunteer group, trying to position the flags perfectly to form the V. The meaning of the letter can be up to visitors’ interpretation. Ronnie Smith, one of the volunteers, said it stood for victory, veteran or valor.

Earlier this year, a sea of flags formed a cross in the same spot on Memorial Day.