Braves GM had to celebrate championship from afar 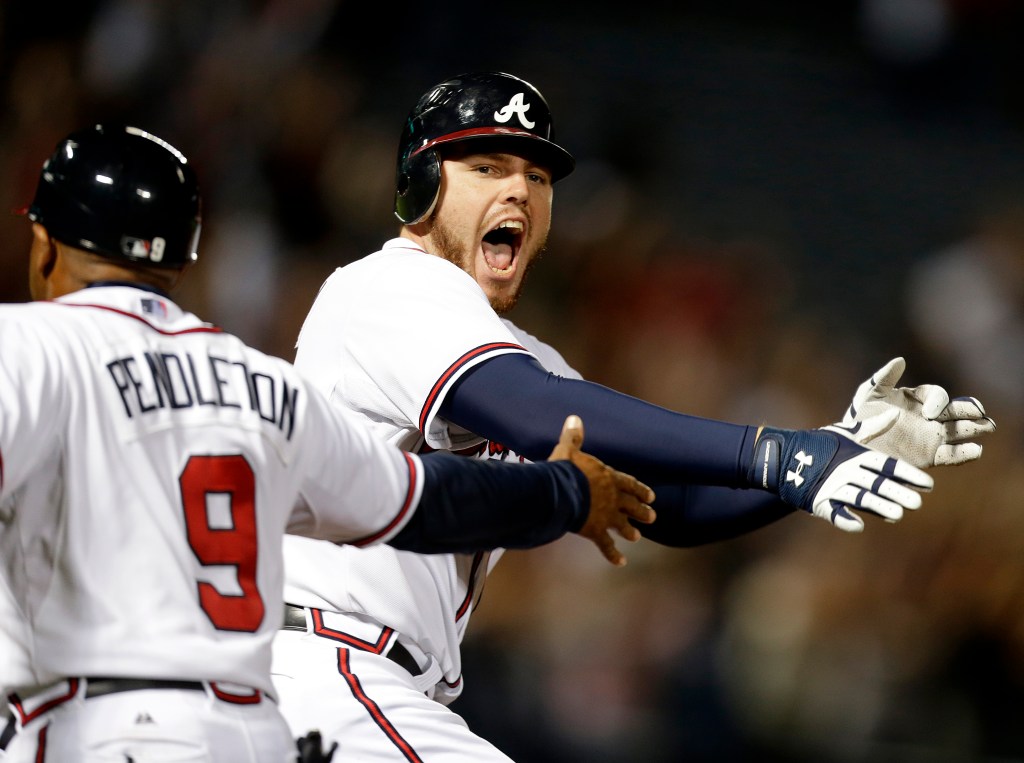 CARSLBAD, Calif. — Stuck at home while his Atlanta Braves won the World Series last week, Alex Anthopoulos wasn’t sure how to celebrate when his two young kids offered an idea:

“They wanted us to pull out the Sprite and spray it all over the place,” he said.

The age-appropriate bubbly was a no-go on a school night, but the Anthopoulos family found other ways to be festive after the general manager was forced to quarantine at home with COVID-19 as the Braves ended Atlanta’s 26-year championship drought in the big four major sports.

Anthopoulos arrived at the general managers’ meetings in Southern California on Tuesday night and, a day later, he smiled wide recounting the siloed-yet-celebratory 12-day stretch in which he won his first championship.

Anthopoulos, who is vaccinated, had a sniffly nose and tested positive for the coronavirus on the morning of Game 4 in Atlanta. Days later, he stayed at home while the team traveled to Houston for Game 6.

The 44-year-old said he was a nervous wreck at the start of Game 6, telling wife Cristina he wanted to go for a drive instead of watching first pitch.

She talked him out of that plan, but when Atlanta put runners at first and second in the first inning, Anthopoulos grabbed the remote and turned on a Toronto Maple Leafs hockey game.

“As I have gotten older, I have a harder time watching a game that’s close,” he said, adding he couldn’t shake off thoughts about the 3-1 series lead the Braves blew in the 2020 NLCS to the Dodgers and the Falcons’ infamous collapse from a 28-3 edge in the 2017 Super Bowl.

Anthopoulos tuned back in time to see Jorge Soler’s third inning, three-run homer — he shouted loud enough to wake his 11-year-old daughter, Julia. His anxiety eased when Atlanta led 6-0 through five innings, and 9-year-old John was pulled out of bed in the eighth.

“We counted down the outs,” Anthopoulos recalled. “We just kind of yelled and cheered.”

No Sprite, though. The kids were put to bed, and Anthopoulos returned to the TV, eager to watch postgame interviews with players and manager Brian Snitker. He stayed up until around 5:30 a.m. responding to some 400 text messages and even more emails. His last act before turning in: jotting down notes with memories from the playoff run. Anthopoulos’ family got its own truck to ride in during the team’s parade last Friday.

“You want to soak all that up,” he said.

A day later, the family returned to empty Truist Park and took photos on the field with the World Series trophy.

Anthopoulos has been praised by peers this week for a string of moves at the trade deadline that pushed the sub-.500 Braves back into postseason contention and set up their Series run.

He added outfielders Joc Pederson, Eddie Rosario, Adam Duvall and Soler in July, and the quartet crushed it down the stretch. Rosario won NLCS MVP and Soler was named World Series MVP.

“Yeah, that was impressive. Alex did an extraordinary job,” said Indians president of baseball operations Chris Antonetti, who traded Rosario to the Braves.

“Alex, they did a phenomenal job with their acquisitions,” Phillies boss Dave Dombrowski said.

Anthopoulos received the John Schuerholz Award this week, given to GMs who serve at least 10 years in the role. Schuerholz was the general manager in Atlanta from 1990-2007.

The Braves pivoted quickly into offseason mode. Anthopoulos said the team will try to re-sign free agent slugger Freddie Freeman, and he also has to once again reconfigure the outfield with Pederson, Rosario and Soler no longer under contract.

But Anthopoulos is not quite done with the party yet. He excited to visit the White House and looking forward to bringing the trophy back to Canada over the holidays — the Montreal native even joked that he and Braves pitcher Mike Soroka, a fellow Canadian, should arrange a visit with the prime minister in Ottawa.

Anthopoulos is the first Canadian GM to win a title.