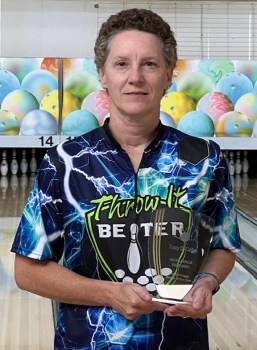 Tracy Bradshaw Calfee is an amateur good enough to compete with the pros.. Submitted photo 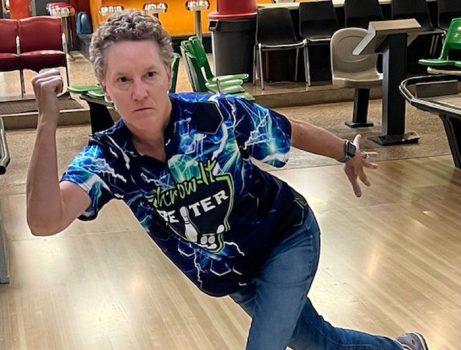 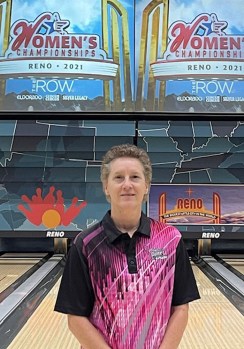 From walk-on to team captain with UNC Wilmington’s basketball team is just one example.

“I’m very competitive, not only against others, but against my self,” Calfee said.

Now her ultra-competitiveness has made her one of the best in the country at a challenging sport and has earned her a spot on the national team.

Calfee, 53, is an amateur bowler good enough to compete with pros. From Nov. 18-26, she’ll be wearing the colors of Team USA in the IBF Masters World Championships being held half a world away in the Dubai International Bowling Center.

It’s 7, 330 miles from Salisbury, N.C., to the beaches, deserts and bustling airports of Dubai on the Arabian Peninsula.

It’s been a long and remarkable journey for Calfee. This will just be the latest chapter.

“I was 8 when I started bowling, and Woodleaf Lanes is where it all started for me,” Calfee said. “My father and mother (Jim and Jane Bradshaw) bowled in a league and watching them sparked my interest in learning the sport. They signed me up to bowl in a junior league and my mom became one of the coaches in the league.”

She liked just about every sport, but there was something intriguing about bowling. She enjoyed the challenge of figuring out lane conditions at different venues and adjusting her game plan accordingly.

Calfee was known for a lot of sports in high school beyond bowling.

She didn’t play a lot as a South basketball player as a junior, but in her senior season (1985-86), she averaged 10.7 points per game and helped Toni Cress and Miriam Karriker lead the Raiders to a 21-6 record and the 4A Central Piedmont Conference championship, while competing against the Winston-Salem schools.

A few months after that, she led South’s girls to the Rowan County championship in track and field. She won the 1600 and 3200, finished second in the 800 and ran the anchor leg on the 4×400 relay team that finished a close second to East Rowan. South had the meet wrapped up before the 4×400, but Calfee  made a sprint and full-speed lean and took a spill at the finish line trying to catch East’s Roxie Williams.

“It was Tracy’s competitiveness and thinking about the other three people on the relay team,” South coach Steve Beaver told the Post that day. “It would have been easy for her to let up at the end, but that’s just not her makeup, to try to be second.”

“My South track coach, Steve Beaver, and my summer junior Olympics coach, Sandy Torrence, were positive influences in my life,” Calfee said. ” They gave so much to me and my teammates.  They instilled hard work and dedication that has carried me into a successful life.  They were the ones that laid that foundation of success for me.”

She headed to UNC Wilmington on a cross country scholarship and did well as a freshman.

“I had some success running, but in my heart, I wanted to play my favorite sport,” Calfee said. “That was basketball.”

She walked on and made the Seahawks team. She lettered four years. By her senior year, she was a starter and a captain.

She graduated from UNCW in 1990 with a degree in criminal justice.

She had interesting jobs right out of college, including security guard at a nuclear plant in Wilmington.

In 1992, she enlisted in the U.S. Army and headed to Fort McClellan (Alabama) for military police training. She was second out of 250 graduates in her class. She was the first woman in her company to receive the maximum score for the Army’s physical fitness test.

She and her husband, Lawrence Calfee, were assigned to duty in Germany, where she put her military police training to good use.

She later went to work as a federal law officer in the Department of Homeland Security, an assignment that took her all over the world.

She was away from bowling for many years.

“I took time off from it,” Calfee said. “With college classes and basketball, and then military service, I didn’t have time to do anything else.”

When she retired from the DHS five years ago, she made up for lost time and returned to the lanes in a big way.

“When I retired, I went all in as far as bowling,” she said. “Four leagues a week and at least two tournaments a month.”

She bowls a lot.

She placed third this year for ages 50-54 in the United States Bowling Congress Women’s Championships and was honored as the North Carolina State Bowler of the Year.

Calfee has represented the USA before, winning gold medals in 2015 and 2017 in the World Police and Fire Games.

She submitted an application to be considered for selection to the USBC Senior Team USA for the trip to Dubai and the IBF Masters World Championships. That application included her bowling history and long list of accomplishments.

Four women were chosen for the Masters team. She was one of them.

“I was shocked and deeply honored, especially after I saw that most everyone else was a pro bowler,” Calfee said.

Her family, normally her biggest fans at tournaments, is even more excited than she is about her being chosen to represent the USA, but they won’t get to fly to Dubai because of the pandemic.

They’ll have to cheer her on from home as she competes on an international stage. It’s a once-in-a-lifetime opportunity to shine in a sport that started for her at age 8.

“It has always to been a dream of mine to represent my country in such a prestigious event,” Calfee said.  “I am wholeheartedly delighted in so many ways. Most important, it’s another chance to continue serving and honoring the country that gave me so many opportunities throughout my life.”