Voices of Hope fills Bell Tower Green with uplifting music for families who have lost children, loved ones 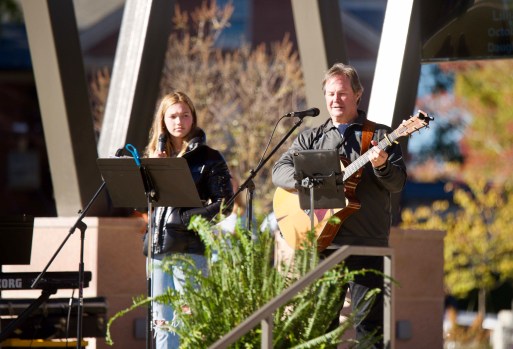 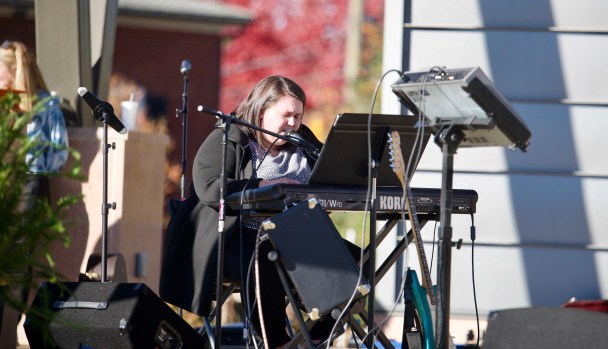 SALISBURY — Voices of Hope made a comeback Sunday with a new location and the same uplifting music.

Now in its 19th year, the show was canceled in 2020 due to the COVID-19 pandemic. This year, it brought a group of 15 local performers in a show of support for people who have lost children and to raise money for the Michael Yang Foundation. The foundation’s program is Circle of Hope, a support group for parents whose children have died. The foundation began in honor of its namesake, the son of Dr. Steve and Lori Yang, who died unexpectedly in 2001 before he would have turned 2.

The program had a long list of sponsors, some merchandise and bake sales for the fundraising component. Photos of children lost by families played on screens in front of the band shell during the performance.

In the past, the event was held in Spencer, but Lori says the new park is an “amazing location.”

“We got a lot of people who haven’t ever heard of the event to come and check it out,” Lori said.

Lori said parents need support after going through a loss. They need an event like Voices of Hope to hear their child’s name and see their photos. Lori said she meets people every year who have suffered a loss and never heard of the support group as well as people who may not have not lost a child, but he or she has lost someone else close to them.

“This is a special day for them, too,” Lori said, adding the fundraiser typically raises about $20,000, some of which goes to cover the event cost.

JoAnn Cross-Connors’ son Marc Payett died in a car wreck 12 years ago. She said the concert and the support group helped her heal. She has been coming to the show since her son died.

“It’s just nice to know that we have a time to remember our children,” Cross-Connors said.

Debbie Gardner’s son Andrew was killed in a motorcycle wreck in front of their church 13 years ago. She has also been attending the show since he died

“I didn’t start going to Circle of Hope until about October after he died,” Debbie said. “But it helped listening to others, how they were able to keep going, get through each step.”

She said the first year is not the hardest, because for the first year people still have some expectation their loved one will come home, but by the second year the reality seeps in.

“I have four grandchildren now and they are, as I tell them, my life savers,” Debbie said. “They keep me going.”

Blaine Smith has been master of ceremonies for the event for all 19 years. He is a friend and neighbor of the Yangs and was leading contemporary worship at First Presbyterian Church of Salisbury with a group called Voices of Praise.

“The friendships we’ve made and people that have sung on the show year after year keeps me coming back,” Smith said.

For more information about the Michael Yang Foundation or its Circle of Hope Program, visit michaelyangfound.org.