Today’s championship puts best of Hendrick, Gibbs on the line; Larson on pole 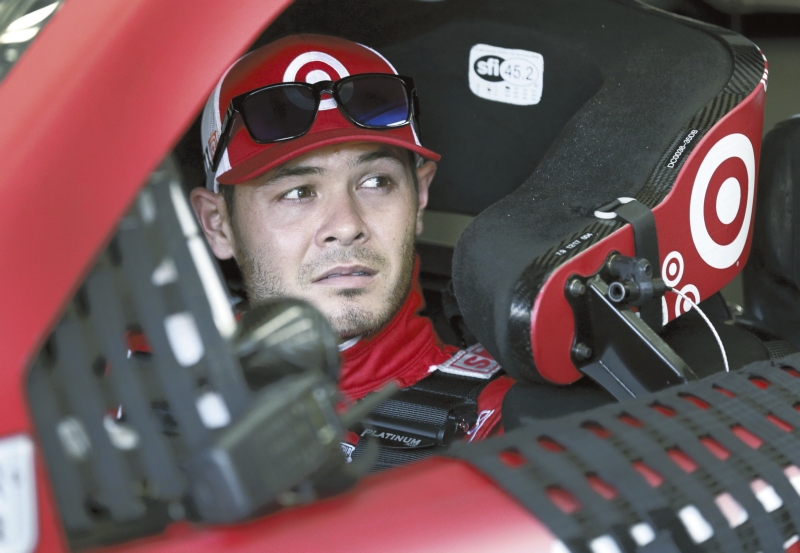 AVONDALE, Ariz. — The fans held their $4 beers, sharpies and phones as they stacked four rows deep seeking just a glimpse of NASCAR champion Chase Elliott inside his garage stall.

The crowd erupted in cheers as the No. 9 Chevrolet was pushed into the bay. It was empty, but no one seemed to care all that much. Everyone was just happy to be at the big show.

A year after the pandemic forced renovated Phoenix Raceway to host its first championship weekend in front of only 8,000 fans a day, the full $178 million facelift is on display. Every allotted space has been sold for today’s race, when the Cup title will be decided in front of about 60,000 spectators.

Elliott, Kyle Larson,Martin Truex Jr.,  and  Denny Hamlin will try to make the season finale a race to remember, with one driving away with a Cup Series championship.

This NASCAR’s championship is arguably one of the best yet under this winner-take-all format introduced in 2014.

Elliott is the reigning champion, NASCAR’s most popular driver and defending race winner, while 2017 champion Truex won at Phoenix this spring. They join three-time Daytona 500 winner and four-time championship loser Hamlin in chasing Larson, a nine-race winner this year and the FanDuel 2/1 favorite  to win his first NASCAR title.

It’s Hendrick Motorsports vs. Joe Gibbs Racing in a 2-on-2 battle for the trophy. The winner will drive either a Chevrolet (Hendrick) or a Toyota (Gibbs); Ford will be a championship spectator.

AVONDALE, Ariz. (AP) — Kyle Larson was the driver to beat all season in his comeback with Hendrick Motorsports. With only the NASCAR Cup Series championship race left, the three other contenders will chase Larson one more time.

Larson nipped defending champion Chase Elliott for the pole Saturday at Phoenix Raceway to make it a 1-2 front row for Hendrick Motorsports in the finale.

Hendrick and Chevrolet start with an early edge against Joe Gibbs Racing contenders Martin Truex Jr. and Denny Hamlin. Hamlin starts sixth in the No. 11 Toyota and Truex is 12th in the No. 19.

“Today we’re behind,” Truex said. “I don’t know that that guarantees tomorrow we’ll be behind.”

Larson went out 37th in the qualifying order and his lap of 137.847 mph was enough to knock Elliott off the top spot. Elliott was second in the No. 9 Chevy.

The 29-year-old Larson missed last season’s race as he served out the end of a nearly season-long suspension for using a racial slur. The time off didn’t slow down Larson. He raced all over the country in sprint cars this season and dominated in his first season driving for team owner Rick Hendrick.

“I really don’t want to think about losing and trying to be happy,” Larson said.

Larson, Hamlin and Truex all had team members ejected for today’s race for twice failing inspection.