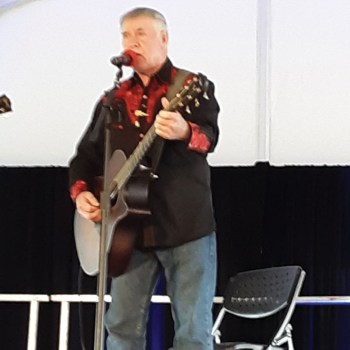 Darrell Connor performs at the North Carolina State Fair, where he claimed a few top honors for his musical abilities. Photo submitted. 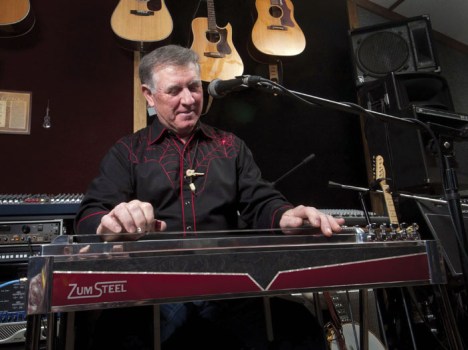 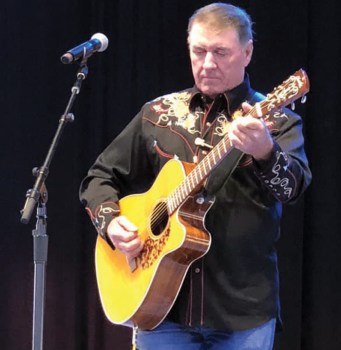 SALISBURY — In what has become an almost yearly tradition, Rowan County musician Darrell Connor earned several awards for his performance in October at the North Carolina State Fair’s Folk Festival.

“I bring this award back to people here in Rowan County,” Connor said. “ I want to share it with everybody.”

Connor, 71, is no stranger to success at the N.C. State Fair. He won first place male vocalist in 2015 and repeated the success in 2018. Connor also earned the sought-after Bascom Lamar Lunsford Trophy, which was previously given each year ​​to the individual or group that best exemplifies North Carolina’s musical heritage.

The Rowan County singer-musician has been playing guitar since he was 13 years old. Connor grew up around music, fascinated as a child by his grandfather’s fiddle playing. Connor’s mother taught piano as well. While Connor’s father wasn’t quite as musically inclined, he could still rattle off tunes on the harmonica.

Connor has mastered more than just the guitar. He’s also proficient on the bass, mandolin and five string banjo. He recently had one of his grandfather’s fiddles restored and plans on perfecting his skills on the instrument next.

Connor played in a number of local ensembles throughout his life, but says his musical career took on another life when he met steel guitarist Don Helms in 2004. Helms, who died in 2008, was most well-known for playing in Hank Williams’ Drifting Cowboys group.

Helms opened the door for Connor to play with famed country musicians like Merle Haggard, Alabama, Willie Nelson, Ray Price and “a bunch more.” Despite those high-profile performances, Connor downplays his musical prowess.

“I’m nobody, but I’ve played with some of the best,” Connor said. “I’m living the dream.”

Before the pandemic, Connor spent time playing and singing at senior centers and retirement homes around Rowan County. Sometimes he’d be joined by the rest of his group — the Country Music Legends Band. Connor often performs at St. Matthews Lutheran Church, of which he is a member.

“I just like sharing my talents,” Connor said. “I like to see a smile on people’s faces. That’s my reward more than trophies.”

Connor has been competing at the N.C. State Fair in Raleigh since 2012, except when the event was canceled last year due to COVID-19. The state fair, he said, is about the only time he plays in competition with others. Connor said he collected a second-place trophy in solo instrumental eight times, but finally notched the top prize this year with his guitar flat picking.

“I was honored and humbled because I was trying hard to get it and have tried hard for the past eight years,” Connor said. “I did get it this year and that was a thrill.”

Connor plans on making the trip to Raleigh for the N.C. State Fair once again next year.

“They’ve been good to me and I’ve met a lot of good friends,” Connor said.

Connor lives on a spacious piece of land near High Rock Lake, where he hosts Nashville on the Lake, a free day of country music for friends and family every summer. Haggard himself was scheduled to play the backyard gig a few years ago, but his declining health prevented him from making an appearance.

Connor retired as a lieutenant from the Salisbury Police Department in 2001 after a 30-year career. If he’s not outside on his land, he’s inside practicing his instruments.