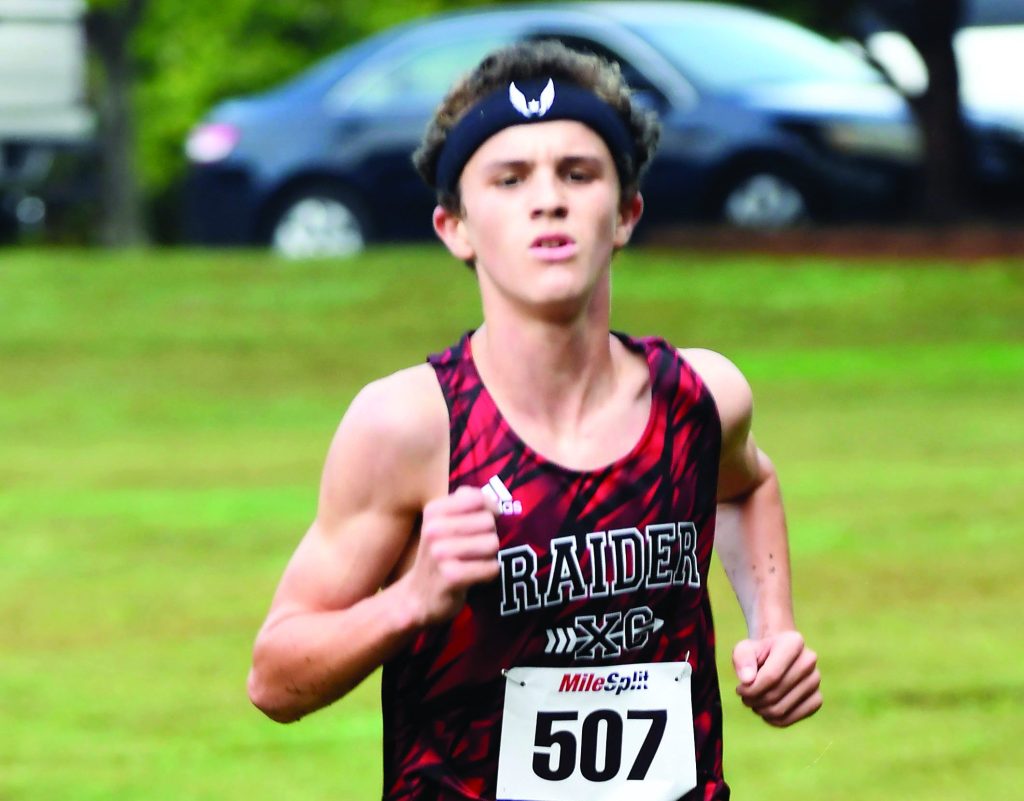 Eli Julian is honored as the county runner of the year in cross country. File photo by Wayne Hinshaw, for the Salisbury Post

Julian ran with the lead pack on a cold, windy morning and placed 11th. He was one of 13 in the race to post a time that is considered “elite.”

It was Julian’s PR on the Ivey Redmon Park course. He had the best clocking among the sophomores in the race.  Seniors took nine of the top 10 places.

In the 3A girls meet, South Rowan senior Bethany Rymer ran a season-best 21:44, placed 58th and led the Rowan girls in the race.

In the 1A girls meet, Gray Stone Day placed fourth in the team scoring.

In the 2A girls race held on Saturday afternoon at Ivey Redmon Park, Salisbury’s Sutton Webb competed as an individual and ran 21:29. She finished 27th.