Catawba grad back on stage in Lee Street’s ‘Trailer Park’ 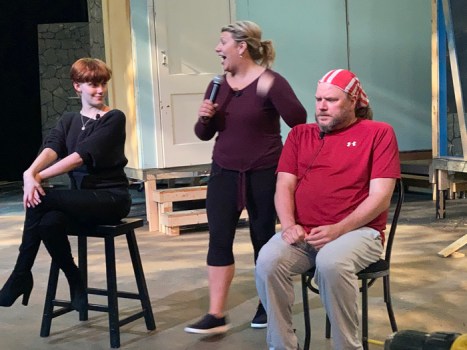 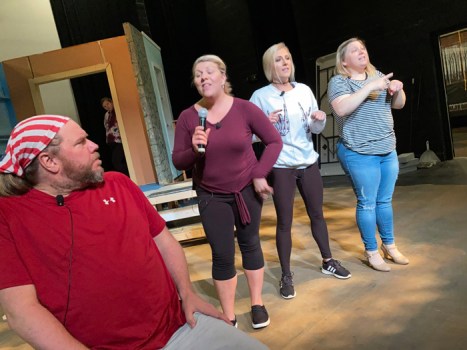 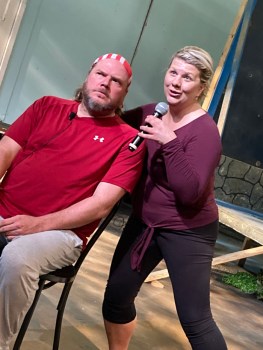 SALISBURY — Christopher Belcher called Salisbury home for the four years he attended Catawba College. During this time, he appeared on stage in numerous Catawba productions, as well as local community theater.

Since graduating in 1991, he has been chasing his dreams in Ohio, New York City and Los Angeles. Belcher appeared in regional tours of “A Chorus Line,” “42nd Street” and “Phantom of the Opera,” as well as the ABC daytime drama “Loving.”

He has also worked as a publicist for Universal and Walt Disney Studios.

Flash forward to October, 2021, Belcher was advised by a friend that Lee Street Theatre was presenting “The Great American Trailer Park Musical” in November. Belcher is very familiar with the show, having seen it performed in various presentations from a living room reading to financial backed presentations, workshops, festival entries and finally Off Broadway.

He is also friends with the play’s writers, David Nehls and Betsy Kelso. The creators were a part of the International tour company of “The Rocky Horror” stage musical, so “Trailer Park” was written literally across the world but always focused on what stories and characters were relatable to the writers’ experience.

So after a 30-year hiatus, Belcher returned to Salisbury to audition.

“The universe was lining this up for me for a long time and I just needed to have faith in myself that I can do it. And here I am,” he said.

Four months ago, Belcher didn’t think it was all possible.

“Truthfully, every actor brings their own story to every role to sing, dance and entertain an audience. Our ‘Trailer Park’ company members have all made personal sacrifices that have challenged them in one way or another to put on a show that will make the audience laugh (a lot), tap their toes, clap their hands and make them (and us) feel a little bit better than when we started this journey together.”