More to count: Board of Elections will resolve outstanding ballots before Salisbury, East Spencer recounts 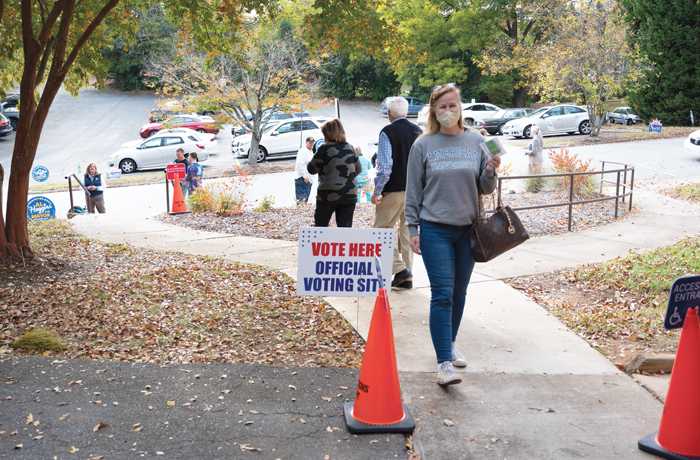 SALISBURY — The Rowan County Board of Elections will certify the 2021 municipal election results and tabulate all outstanding ballots next week before conducting requested recounts, including in the Salisbury mayoral race.

In the city’s first mayoral race, a razor-thin margin of 18 votes separates Mayor Karen Alexander and Mayor Pro Tem Al Heggins. When polls closed Tuesday night, Alexander had received 2,499 votes, or 50.01%. Heggins received 2,481 votes, or 49.65%. There were a total of 17 write-in votes cast. Heggins told the Post she has not yet conceded and plans to request a recount. The deadline to request the recount is Nov. 10 at 5 p.m.

Voting results include early and mail-in absentee ballots received by Election Day as well as votes on Election Day. To qualify for a recount, the difference of votes between the two candidates must not exceed 1% of the total votes cast for that particular race.

The Board of Elections will meet Monday at 5 p.m. to approve and count outstanding absentee by mail ballots and provisional ballots. Meetings are held virtually and in-person at the elections office, located at 1935 Jake Alexander Blvd. West.

To date, a total of 104 absentee by mail ballots have been accepted and counted. An additional 20 have yet to be counted. Additionally, since only 124 of the 259 absentee ballots that were requested have been received, more could be accepted and tabulated as long as they’re received in the mail by Friday at 5 p.m. and postmarked by Nov. 2, said Executive Director Brenda McCubbins.

Additionally, the board will need to resolve a total of 26 provisional ballots, with 17 of those in Salisbury’s precincts. Voters are provided with provisional ballots if there are questions regarding the voter’s eligibility to cast the vote or vote in a specific ballot style.

The Board of Elections will then gather Tuesday at 11 a.m. to formally canvass the election. If the official tally of votes changes, the 1% margin requirement for a recount, the candidate’s request would no longer be valid, McCubbins said. The board would need to provide a 48-hour notice before conducting a recount, and McCubbins said the board at this time is aiming to conduct it on Nov. 12, 15 or 16 in time for the state canvass. The North Carolina Board of Elections will formally canvass the state’s elections on Nov. 23.

Another candidate who has already requested a recount is East Spencer aldermen Albert Smith. Only three seats on the board in East Spencer were up-for-grabs, and Smith finished just one vote behind incumbent Tony Hillian, who finished third after receiving 109 votes, 23.85%. Smith was appointed in 2019 to finish the term left by the late Otis Gibson, who died in 2018.