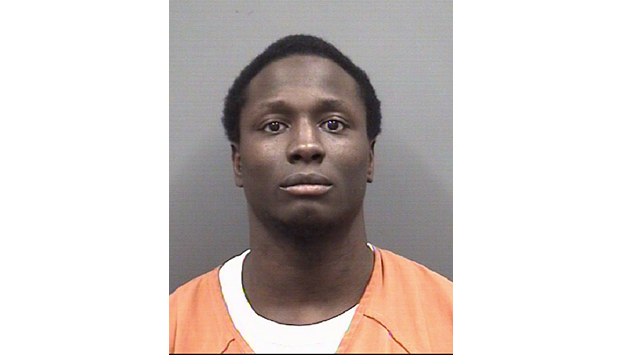 SALISBURY — A 33-year-old man was jailed Tuesday on a series of drug and gun charges after allegedly trying to flee a Rowan Sheriff’s Office traffic stop.

Donnell Deangelo Adkins faces charges for trafficking schedule two drugs, possessing with intent to distribute schedule six drugs, possessing drug paraphernalia, having a stolen firearm, being in possession of a firearm as a convicted felon and resisting arrest. The charges occurred because the Rowan Sheriff’s Office Crime Reduction Unit conducted a traffic stop for an unnamed motor vehicle violation.

Adkins allegedly was operating the vehicle without a license and a K-9 officer alerted the presence of narcotics in the vehicle.

A news release said Adkins attempted to flee the scene after he was asked to step out of the vehicle. He was “assisted to the ground” and placed in handcuffs, the Rowan Sheriff’s Office said. A 40-caliber pistol determined to be stolen was found during a pat-down search. In the vehicle, 285 grams of marijuana were found in the trunk. A news release said Adkins also was found in possession of 5 grams of oxycodone.

Adkins received a $150,000 bond and was placed in the Rowan County Detention Center.

He’s listed as Project Safe violent criminal offender and has a criminal history with convictions including assault with a deadly weapon inflicting serious injury, possessing cocaine and possessing a stolen firearm.