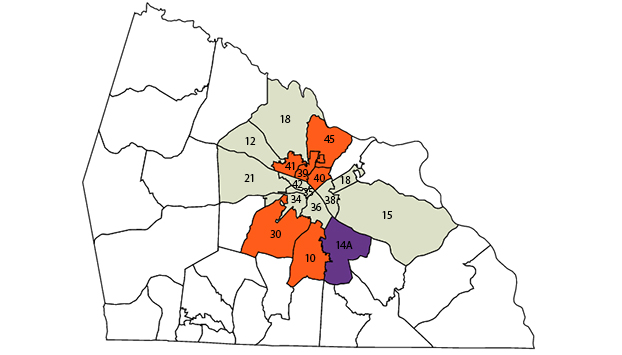 A razor-thin margin of just 18 votes separates Karen Alexander and Al Heggins in the city’s first race for mayor. Below is a precinct breakdown of where each candidate received votes.

When polls closed Tuesday, Alexander received 2,499 votes, or 50.01%. Heggins received 2,481 votes at 49.65%. There were a total of 17 write-in votes cast. Heggins says she isn’t conceding yet and plans to ask for a recount. There are still some provisional ballots outstanding and mail-in ballots that haven’t been returned.

Before this year’s elections, mayors had been appointed by council members, who usually chose the top vote-getter. Heggins made history in 2017 when she was the first Black woman elected to city council and made history again after being appointed the city’s mayor the same year. Alexander was mayor from 2015-17 and reappointed mayor in 2019.

Votes below include early and mail-in absentee ballots received by Election Day as well as votes on Election Day.