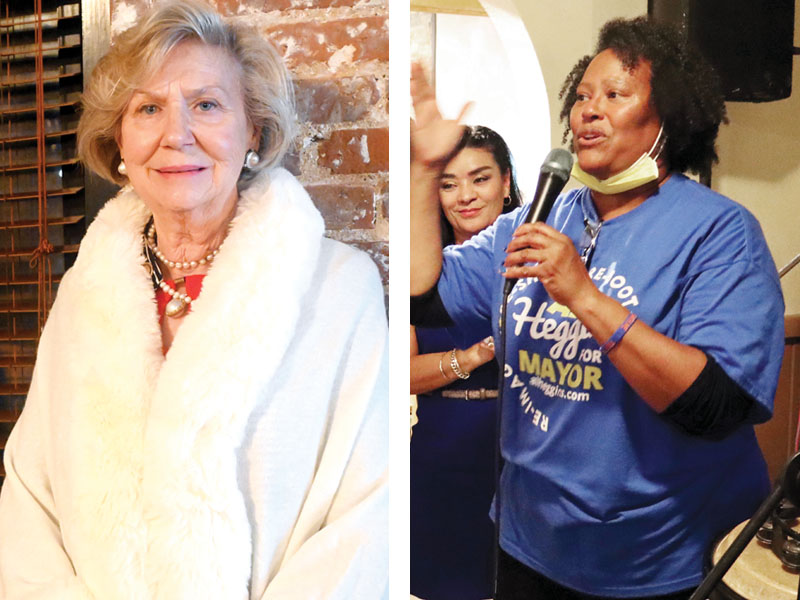 SALISBURY — After Mayor Karen Alexander and Mayor Pro Tem Al Heggins finished the city’s first mayoral election just 18 votes apart on Tuesday, the city’s next mayor may not be known until later this month.

Before this year’s elections, mayors had been appointed by council members, who usually chose the top vote-getter. Heggins made history in 2017 when she was the first Black woman elected to city council and made history again after being appointed the city’s mayor the same year. Alexander was mayor from 2015-17 and reappointed mayor in 2019.

Rowan County Board of Elections Executive Director Brenda McCubbins told the Post candidates have a right to request a recount if the difference of votes between the two candidates doesn’t exceed 1% of the total votes cast in that race. Heggins and Alexander’s difference falls within that range because a total of 4,997 votes were cast in the mayoral race.

Heggins said she plans to request a recount.

Additionally, Heggins said voter turnout for the election was good but, “not high enough.”

Alexander said she was thankful for her campaign team, the voters and donors who supported “a good, clean campaign.” She added that she was happy to see locals as young as 15 and 16 assisting with her campaign along with the campaigns led by council candidates Nalini Joseph and Jessica Cloward. Alexander said she was disappointed that neither of them were elected Tuesday night, but that they did well for first-time campaigns.

“People were very energized about what their candidate stood for or had done,” Alexander said.

Alexander also said she was disappointed that more people didn’t turn out to vote.

Heggins thanked those who assisted her campaign, which was led by businesswoman Mary Walker.

Alexander is the council liaison to the Rowan Tourism Board, Rowan-Salisbury Community Foundation and the Rowan Economic Development Commission. She’s president of the North Carolina League of Municipalities, founder and president of KKA Architecture, board member of Salisbury’s Community Development Corporation and delegate to the executive board of Centralina Council of Governments.

Heggins’ background includes being a school teacher and college administrator, small business owner and human relations director for the city of High Point. She ran for the N.C. House of Representatives last year against Republican Rep. Harry Warren. She is also an Army veteran. She currently chairs North Carolina’s 13th District Congressional Democrats and is a member of the North Carolina League of Municipalities, the Poor People’s Campaign and the organizing committee of NC Local Progress.