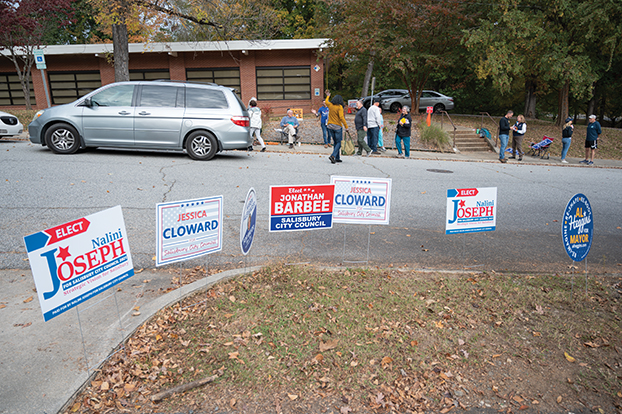 Salisbury voters made their picks today in the county’s municipal elections.

This election was historic in at least one sense. It’s the first where Salisbury’s voters were to elect a mayor. Previously, council members decided among themselves who to pick as mayor. Usually, it went to the top vote-getter.

In Spencer, voters cast ballots to increase the length of board member and mayor terms to four years instead of two.

While elections this year were held in all of the county’s 10 municipalities, not all of them were competitive. Elections for Cleveland mayor, Faith Board of Aldermen, Kannapolis mayor, Landis aldermen, Rockwell aldermen, Spencer mayor and Spencer aldermen had as many candidates as open seats or weren’t otherwise competitive. In Faith, the top write-in candidate was to get a board seat. In East Spencer, Timothy Trogdon didn’t appear on the ballot, but he has announced a write-in campaign.

Town of Cleveland Board Of Commissioners (Vote for 3)

Town of East Spencer Board Of Aldermen (Vote for 3)

Town of Granite Quarry Board Of Aldermen (Vote for 2)