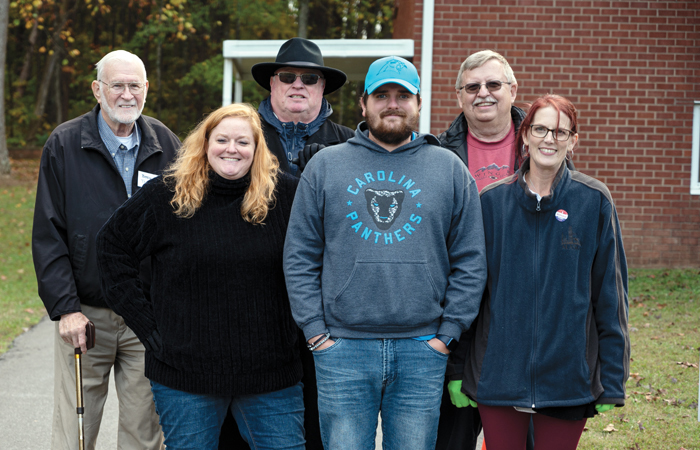 With 237 total votes cast, the difference between the totals was just 11 ballots. That’s much closer than the last challenge — when Taylor beat Chris Stiller with 67.11% of the vote.

Taylor, who retired from Food Lion after more than 29 years, said he was happy with support he received. Winning a close race showed people trust him and have confidence in him as mayor, he said. Taylor said he hopes he’s able to live up to voters’ expectations.

Asked about Tuesday’s results, Bowman said, “You can’t make people come to the polls.” Bowman, who lives just a couple houses down from Taylor and has served 14 years on the town board, said he wanted to be a gentleman about the loss.

“I gave it all I could,” he said. “It is disappointing to spend a lot of time and effort and you lose.”

Bowman, who retired in January as president of Central Piedmont Fire Protection, said he’s optimistic about the makeup of the Rockwell Board of Alderman, which added Dillon Brewer in Tuesday’s election. Because Bowman didn’t run for re-election to the town board, Brewer will fill his seat.

Brewer will join Chris Cranford, Timothy Justin Crews, Stephenie Walker and Lizz Johnson on the Rockwell Board of Aldermen. All won two years on the board.