Cress, Linker win reelection to Granite Quarry Board of Aldermen 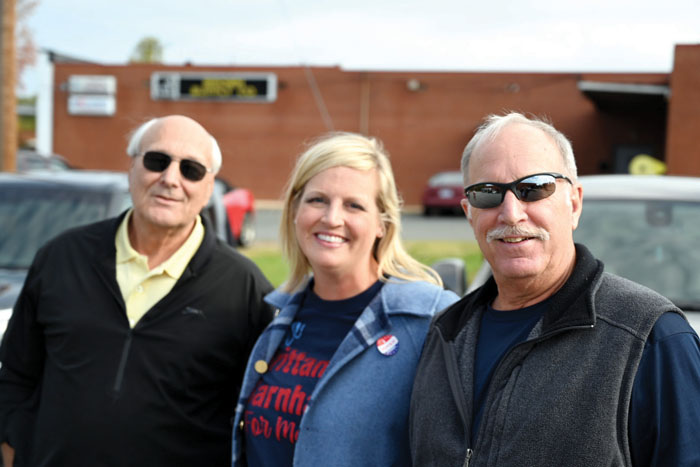 GRANITE QUARRY — The Granite Quarry Board of Aldermen will look the same for at least two years after two incumbents won the two seats up for grabs Tuesday.

John Linker and Kim Cress will both continue their service on the board, with each securing comfortable portions of the vote. Both will serve four years on the board.

Linker, 72, and Cress, 66, are both retired. Cress spent 19 years overseeing maintenance for the town before retiring and subsequently being elected to the board. Linker spent his career with spice manufacturer McCormick and Company.

Linker said there are always worries in any political race. He said there seemed to be some confusion from voters about what races were on the ballot for this election. Tuesday’s elections in Rowan County were only city councils and town boards.

“When that happens, you always worry about how they’re going to vote,” Linker said. “I am happy and pleased people thought enough of me and my track record to support me. They saw that Kim and I had a good history and a lot of experience here on the board.”

Cress said he was feeling good about his reelection after results filtered in Tuesday.

“I’m trying the best I can to be as transparent as I can and that’s why I was reelected,” Cress said.

He noted the town has a new mayor coming in — Brittany Barnhardt — and he hopes the board can work well together.

“We’ve got a lot of stuff to do,” Cress said. “We work for the citizens of Granite Quarry and our goal is to be as transparent as we can.”

Nee said she wanted to thank all people who voted for her and congratulated Linker and Cress on their reelections.

“Although I did not win, I will continue to be available to assist the town in any way I can in order to keep Granite Quarry a great place to live and work for everyone,” Nee said in a statement.