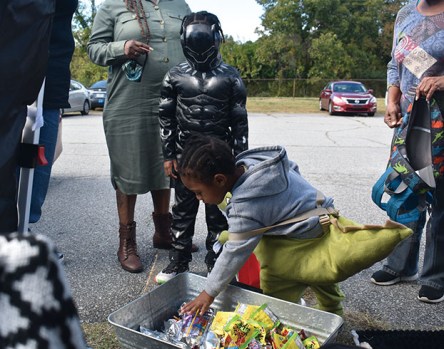 Wearing his favorite dinosaur costume, MJ Robinson reaches into a bucket to grab a treat while Jaeson Watson stands behind him wearing his Black Panther suit. Ben Stansell/Salisbury Post 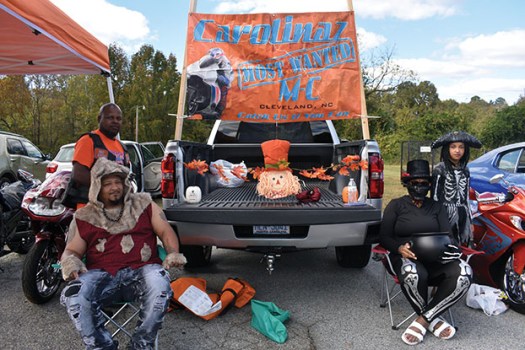 Larry Everhart (back left), Marc Kennedy (front left), Yasmine Elzy (front right) and Yasmine Kennedy (back right) handed out candy on Sunday afternoon. They were at the event representing Carolinaz Most Wanted, a motorcycle club from Cleveland. Ben Stansell/Salisbury Post 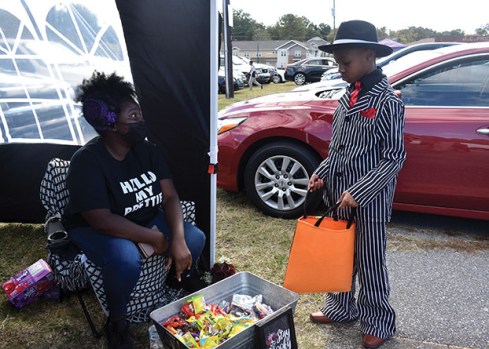 TyJohn Cole (right) holds his bag open in anticipation of a treat. Dominekia Glenn-Wilson (left) was one of several people who handed out candy at the J.C. Price American Legion Post event. Glenn-Wilson is the owner of a company that sets up elaborate picnics. Ben Stansell/Salisbury Post 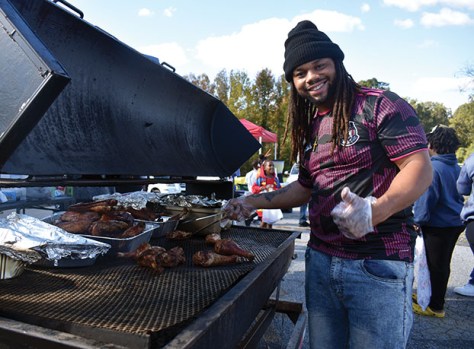 Candy wasn't the only treat at the Halloween event. Timothy Wiseman of Turkey's Gone Wild was also cooking up smoked meats that filled the parking lot with a delicious smell. Ben Stansell/Salisbury Post 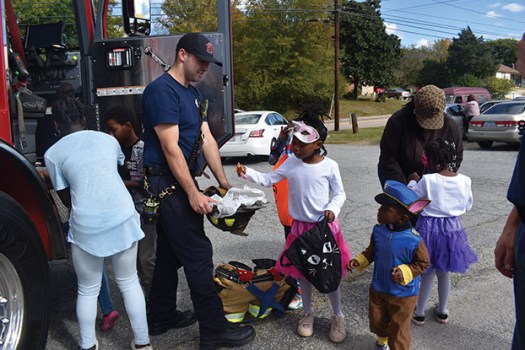 Trick-or-treaters collect candy from a firefigher. Firefighters allowed children to climb inside the engine to get a better idea of what a firetruck is like. Ben Stansell/Salisbury Post 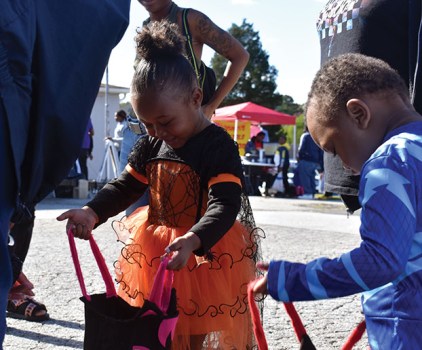 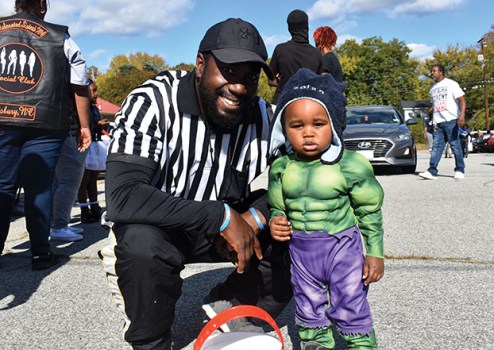 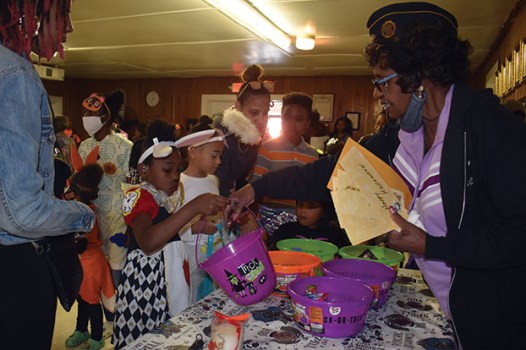 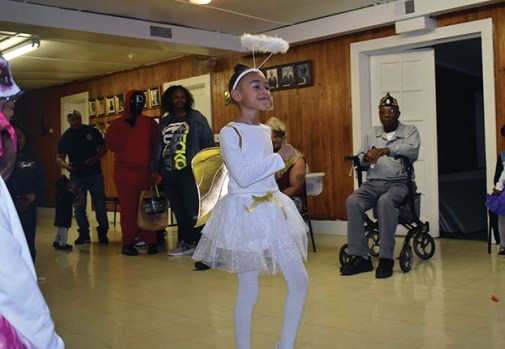 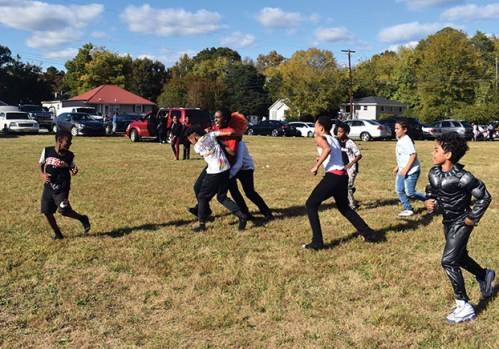 Trick-or-treating was the main event, but children soon organized an impromptu game of football in a field near the post. Ben Stansell/Salisbury Post

The American Legion Post, located at 1433 Old Wilkesboro Road, has typically held a Halloween festival in the past, but took last year off because of COVID-19. When local resident Ryan Eldridge approached Post 107 about bringing back a similar event this year, Post leaders and the J.C. Price 107 Auxiliary recruited food vendors, firefighters, social clubs and members of the public to participate.

Eldridge said he wanted to do “something positive” for the community and thought a “trunk-or-treat” event would make people feel safer than going door-to-door while COVID continues to be a concern.

Some people parked their cars and decorated their trunks while others set up festive tents that trick-or-treaters could visit. In addition to candy, there were food and drink vendors serving up smoked meats and lemonade. Once kids got their fill of candy, a costume contest awarding prizes in various age groups was held inside the American Legion Post’s building.