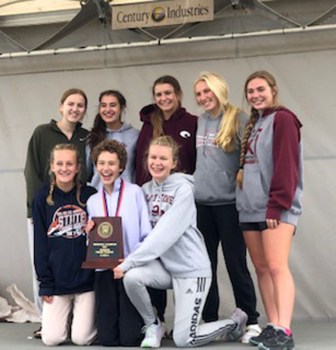 Rowan County cross country runners handled Saturday morning’s physical and mental challenges admirably. A host of them excelled at the 3A Midwest Regional and qualified to move on to state competition.

The number of qualifying teams is based on the number of schools that can post team scores. Five boys teams made it, but only four girls teams.

That left South’s girls (fifth) as perhaps the most disappointed group. West Rowan’s girls were seventh. Carson’s boys were sixth, while West’s boys were ninth.

The biggest feel-good story among the team qualifiers was the East Rowan girls, who will run in the state event for the first time since 1997 with a young team and a pack mentality.

“They all had missions, and they all did more than normal,” East coach Cris Leckonby said. “This was their time. This was their moment.”

The top seven individuals not on one of the qualifying teams also move on to state. That group included South’s Bethany Rymer (13th) and West’s Janna Wheeler (16th.

The standout individual wasn’t a surprise.

South Rowan sophomore Eli Julian won the regional championship with a clocking of 16:54.

“It was a tough challenge today,” Julian said. “Not just the hills here, but because our bodies are just starting to adjust to the colder weather. But this is a course I’ve trained on and run on since childhood. When we run here, I always feel like I have home-course advantage.”

“You’re not going to get many PRs on this course, but we did get PRs from our sixth and seventh runners today,” South coach Tyler Downs. “All our guys were solid and Eli was screaming out there. He ran a 4:47 that first mile.”

Julian’s goal is a top-10 finish in the state meet and for South to be the best it can be in the team scoring.

East’s boys were a force in local cross country not that long ago, and the comeback by the Mustangs continued.

Carson Ritchie, a twin and one of East’s younger runners, said the team was motivated by its determination to get senior Thomas Ferguson to the state meet.

“We faced a total rebuild two years ago,” East coach Nermin Hodzic said. “But there was a foundation in place and Cris (Leckonby) and I have tried to put our own stamp on it. I don’t think anyone expected the East teams to improve as fast as they have and as much as they have.”

South’s boys beat Lake Norman Charter for the SPC championship, but LNC won this round.

“A meet this big, you never know how all the cards are going to fall,” Downs said.

See Tuesday’s print edition for more on the 3A Midwest Regional Meet.

Salisbury’s Jake Denhard (16th) and Will Koontz (17th) were state qualifiers as individuals. 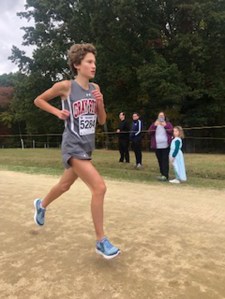 In the 1A Midwest Regional Meet in Kernersville, Gray Stone’s Emberleigh Pauley-Brown was the individual winner in 20:45 and led the Knights to the team championship.