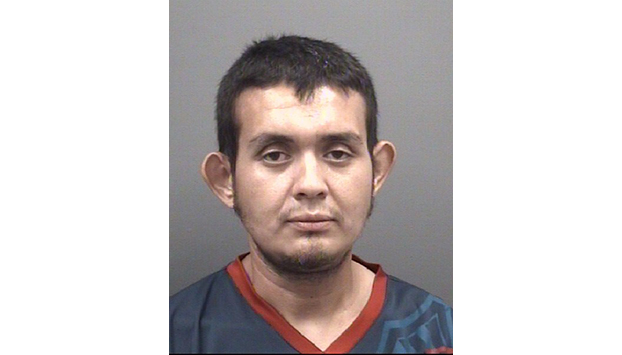 SALISBURY — A Mooresville man faces charges that include kidnapping after being arrested Friday.

Jose Calix, 30, was charged by the Mooresville Police Department with kidnapping, assault by pointing a gun and discharging a firearm within any occupied motor vehicle with the intent to incite fear. Although the alleged offenses occurred in Iredell County, Calix was arrested in Rowan County.

Since Calix was on probation for aggravated level one driving while intoxicated, he was found to be in violation of his probation with the new offenses. Calix previously lived in China Grove, according to his arrest warrant.

Calix was issued a $225,000 bond and was booked into the Rowan County Detention Center.

• Megan Leigh Payseur, 41, of Salisbury was charged by the Salisbury Police Department Friday with misdemeanor child abuse. Payseur faces the charge because she left her 9-year-old child unattended at home without adult supervision while she was arrested for driving while impaired, according to the warrant. After being pulled over for speeding, Payseur allegedly told the arresting officer that she’d taken half a Xanax. Payseur was issued a $5,000 bond and booked in the Rowan County Detention Center.

• Kenneth Monroe Miller, 38, of Salisbury was charged with eight counts of felony obtaining property under false pretense. Miller allegedly stole $4,730 from a victim by using the victim’s debit card to transfer money in separate transactions to his Cash App, according to his warrant. The first alleged offense occurred in June and the last in August. Miller was issued a $2,500 bond and booked in the Rowan County Detention Center.

• Dylan Blanco, 26, of Concord was charged by the Rowan County Sheriff’s Office Friday with larceny of a motor vehicle. Blanco allegedly stole a 2014 Ford Fiesta. He was issued a $2,500 bond and booked in the Rowan County Detention Center.