Lawyer: SEC should go to Sen. Burr first, not his brother-in-law over stock sale probe 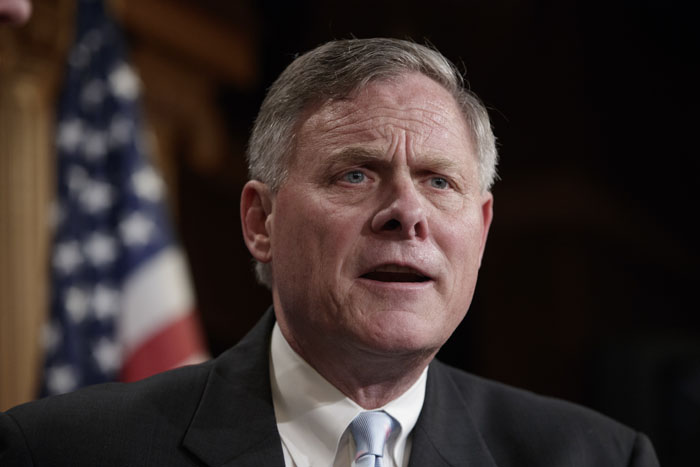 NEW YORK (AP) — The lawyer for Sen. Richard Burr’s brother-in-law told a judge Friday that U.S. regulators should question the senator before quizzing his client in a probe of whether insider trading resulted from secrets about the pandemic’s true threat.

Attorney Francis Warin complained to a Manhattan federal judge that the Securities and Exchange Commission is insisting on interviewing Gerald Fauth under oath when the Republican senator from North Carolina hasn’t been questioned. The SEC had asked the judge to order Fauth to submit to questioning by Tuesday.

Warin even asked Judge Andrew L. Carter Jr. to ask SEC lawyers during the hearing why they had not questioned Burr, though the judge declined to do so, saying he wasn’t going to “micromanage” how the SEC conducts a probe.

Burr has previously denied any wrongdoing. The SEC has released a timeline of his phone calls from Feb. 13, 2020, the day Burr sold the vast majority of his portfolio, roughly a week before the stock market began a steep descent.

The SEC said in court papers that Burr had “material nonpublic information concerning COVID-19 and its potential impact on the U.S. and global economies” some of which he “learned through his position” as chairman of the Senate Intelligence Committee and from former staffers directing the government’s coronavirus response.

Fauth, the brother of Burr’s wife, has been unable to answer questions under oath for more than a year because of health issues, Warin said.

Carter told Warin to consult with his client’s doctors and let the court know by Wednesday whether Fauth can safely answer questions in the probe, even if it’s just 15 minutes every other day for a month with medical staff standing by.

An SEC lawyer asked that the doctors be asked how Fauth could safely be asked questions rather than whether or not he can be asked them at all without suffering a health event. The judge allowed the health issues to remain secret.

Burr is among several lawmakers from both parties who faced outrage over their aggressive trading in early 2020, before the economic threat from the virus was widely known. Under a law known as the STOCK Act, it is illegal for members of Congress to use inside information learned through official duties to benefit financially.

He was captured in a recording privately warning a group of influential constituents in early 2020 to prepare for economic devastation.

Burr was investigated by the Trump administration’s Justice Department for offloading $1.6 million from his portfolio in January and February 2020. The department cleared him of wrongdoing almost a year later — on Jan. 19, Donald Trump’s last full day in office.

Burr is not seeking reelection next year. He was elected to the Senate in 2004 after a 10-year run in the House.

During Friday’s hearing, Carter read facts from the litigation aloud, saying the SEC got no response to affidavits sent to Fauth and his wife in May 2020 and has been continually seeking compliance with a subpoena for his testimony since June 2020.