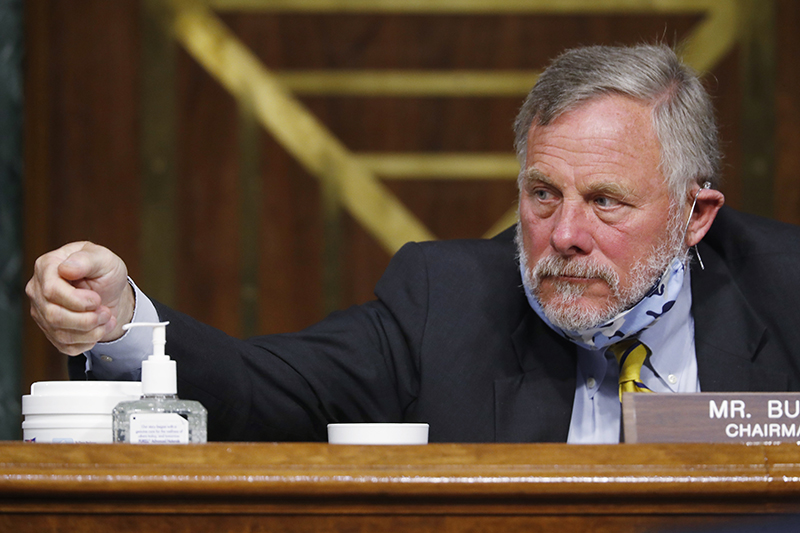 WASHINGTON — North Carolina Sen. Richard Burr and his brother-in-law are being investigated by the Securities and Exchange Commission for potential insider trading, a case that stems from their abrupt sales of financial holdings during the early days of the coronavirus pandemic, according to recent federal court filings.

Burr, a Republican, is among several lawmakers from both parties who faced outrage over their aggressive trading in early 2020, before the economic threat from the virus was widely known. That fueled accusations that the members of Congress were acting on inside information gained through their official duties to benefit financially, which is illegal under a law known as the STOCK Act.

Burr was previously investigated by the Trump administration’s Justice Department for offloading $1.6 million from his portfolio in January and February 2020. The department cleared him of wrongdoing almost a year later — on Jan. 19, Donald Trump’s last full day in office.

But the SEC continued to investigate Burr, according to court documents filed in the Southern District of New York that were first made public last week. The agency enforces securities law.

Attorneys for Burr as well as for Gerald Fauth, who is the brother of Burr’s wife, did not immediately respond to requests for comment. Burr has previously denied any wrongdoing.

The filings stem from a case brought by the SEC to force Fauth to comply with a subpoena. The agency argued that his close relationship with Burr and a phone call between the two, followed by calls to Fauth’s brokers, made his testimony “critical.”

“Whether Fauth was himself tipped with inside information from Senator Burr, and whether Fauth knew Senator Burr was violating his duties under the STOCK Act by conveying that information, are matters Fauth is uniquely positioned to speak to,” the SEC said in a filing.

To bolster their case, SEC attorneys released a timeline of phone calls from Feb. 13, 2020, the day Burr sold off the vast majority of his portfolio. It was roughly one week before the stock market went into a tailspin. Burr has drawn perhaps the most scrutiny of all members of Congress for his trades. He was captured in a recording privately warning influential constituents in early 2020 to prepare for economic devastation.