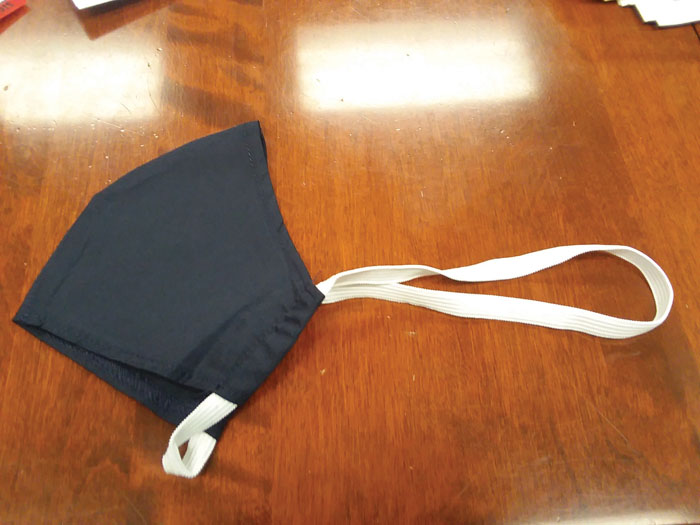 The state hasn’t changed its mask guidance, but the school board voted 6-1 to make them optional inside facilities while still being required on buses.

SALISBURY – Face masks became optional Wednesday in Rowan-Salisbury Schools for the second time this school year, but state officials are still recommending people in public schools keep them on.

The move was popular with RSS board, garnering a 6-1 vote to make face coverings optional inside RSS facilities, with the exception of school buses. The vote comes as COVID-19 numbers rapidly improved in the community and the district’s own infections and quarantines declined significantly after they spiked earlier in the school year.

The percent of tests coming back positive was 7.5% last week. By the time the vote was held Monday, it was at 6.2%. As of Thursday, the rate was 6% and daily new cases have dropped to the teens.

Rowan County Health Director Alyssa Harris said the county is benefiting from a combination of vaccinations and immunity from people who had been infected with COVID-19 previously reaching herd immunity.

The one dissenting opinion on the board was Alisha Byrd-Clark. The vice chairwoman says she is worried about the holiday season. Thanksgiving last year produced a spike in COVID-19 cases, and the holiday season was a peak for the previous school year.

Byrd-Clark told the Post pm Thursday the mask mandate and tightening down on quarantines seemed to work for the district after a peak earlier this year. She said the positivity rate has not dropped below the 5% or 20 new cases threshold recommended by administration and a group of local doctors. RSS administration’s recommendation on Monday was to continue the mask mandate.

“Had our numbers been there and they recommended something different as far as optional or doing away with masks, I would have been OK with that because I felt like they’ve done their research enough information from the CDC and the Health Department to support that,” Byrd-Clark said.

She said people will be around family more, out shopping and interacting with each other during the holiday season. Those are reasons for caution, she said.

“I’m still on the side of caution,” Byrd-Clark said.

She said it’s encouraging the numbers have improved so much hopes by the next board meeting on Nov. 15 there will be enough information to see if the optional masks are working for the districts. Another hope is for vaccinations to be available for younger children starting in November, which could give additional protection in schools.

School board member Brian Hightower, who was a swing vote when the school board made masks mandatory, recommended the mandate be lifted earlier than Monday, Nov. 1, during this week’s meeting to get the best idea of where the district lies by the Nov. 15 meeting.

“I want to have all the information and see if our numbers go up over the next 3 1/2 weeks,” Hightower said, adding what he does not want to see is staff being overwhelmed again.

He said he believes we are at a different point in the pandemic and know more about what is going on.

“People are tired and want to have life as normal as possible,” Hightower said. “Of course I’m going to worry about it. I want to make sure we don’t have a bunch of quarantines, that is always on the front burner, and I don’t want to repeat anything that we had at the end around Christmas break.”

The RSS decision contrasts with statements by state officials during a news conference on Wednesday.

During the news conference, North Carolina Department of Health and Human Services Secretary Dr. Mandy Cohen noted the CDC still classifies all but two North Carolina counties as having substantial to high submission. Rowan County is at the high level, which is the highest.

Cohen said there has been no change in mask guidance, and masks are at the top of the list for preventative measures for large numbers of people who are unvaccinated. She said there are opportunities on the horizon for masks to become optional, but the state is not there yet.

Cohen said the most recent surge saw cases in children rise significantly. While it has improved significantly, the 12-17 age range has the lowest vaccination rate — about 42%. Cohen said once vaccines are approved for the 5-11 age range they will be readily available in pharmacies, health departments and clinics.