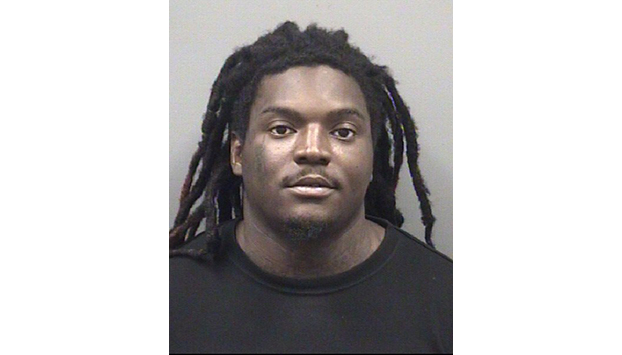 SALISBURY — A 27-year-old man wanted on outstanding robbery and firearm charges was arrested Wednesday in the parking lot of a McDonald’s on Jake Alexander Boulevard.

Rowan Sheriff’s Office deputies initially saw Brown in the front yard of a Ridge Street home on Wednesday. He was seen leaving the house as the passenger in a car, the Sheriff’s Office said in a news release.

Brown was taken into custody without incident in the McDonald’s parking lot. A news release said deputies conducted a “probable cause search” on the vehicle. The gun was found in the same area Brown was sitting when he was stopped.

Brown remained in jail Thursday with a total bond of $400,000 for the outstanding warrants and new charges.

• A man reported credit card fraud Tuesday resulting in the loss of $1,044.

• Marin Marietta Materials on Tuesday reported a larceny from a work truck in the 700 block of Quarry Road in Woodleaf. The total estimated loss was $2,000.

• A woman on Tuesday reported a catalytic convertor was stolen from a vehicle parked at a residence in the 100 block of Excel Drive in Kannapolis.

• A man on Tuesday reported a vehicle theft in the 2600 block of Lower Stone Church Road in Rockwell.

• A woman on Tuesday reported a vehicle theft in the 100 block of Overbrook Road in Salisbury.

• Donterio Rashard Glaspy, 32, was charged Tuesday with being a habitual felon in the 100 block of Liberty Street in Salisbury.

• John Franklin Smith, 69, was charged Tuesday with hit and run after a crash causing property damage in the 100 block of West Liberty Street in Salisbury.

• A woman on Wednesday reported a vehicle theft in the 600 block of Linn Lane.

• A woman on Wednesday reported a vehicle theft in the 1200 block of Steven Drive.

• Jonathan Andrew Bryan, 35, was charged Wednesday with assault on a female in the 1300 block of South Jake Alexander Boulevard.

• Timothy Wayne Johnson, 31, was charged Wednesday with felony possession of a controlled substance.