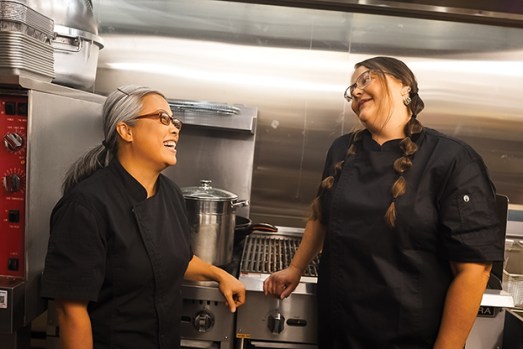 Jasmine Mohamed (left) and Shawna Broughton (right) are the culinary minds behind Umami Downtown. The duo is aiming to bring bold flavors to downtown Salisbury with an eclectic food menu and specialty drinks. Photo submitted. 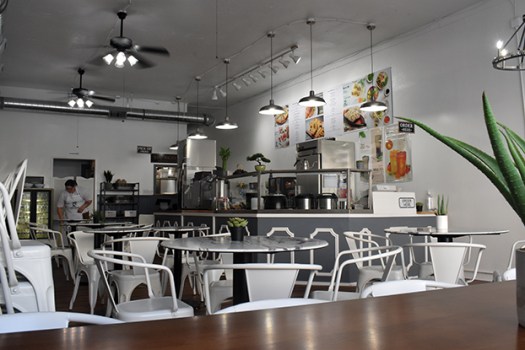 The owners of Umami Downtown gave the space a much-needed cosmetic improvement. The location was once the home of Main Street Legal Cafe. Ben Stansell/Salisbury Post 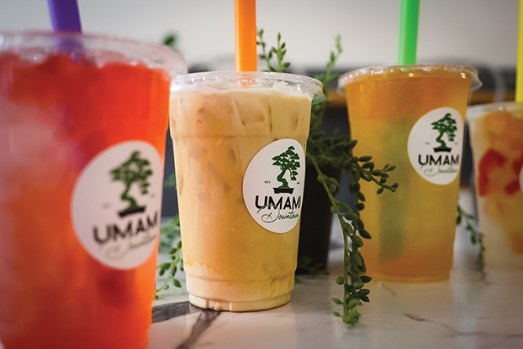 Boba tea and Vietnamese coffee are two of the specaialty drinks on Umami Downtown's menu. The restaurant will also serve hot tea in a traditional fashion right from the tea pot. Photo submitted. 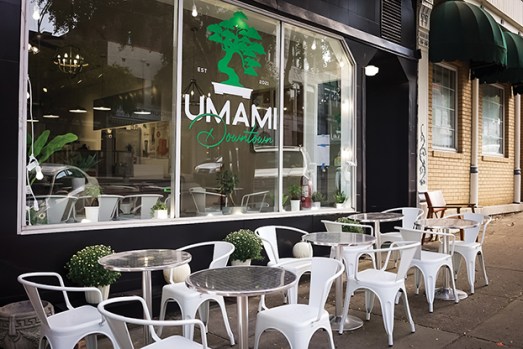 SALISBURY — Stepping into the future home of their downtown restaurant was like teleporting back in time for Jasmine Mohamed and Shawna Broughton.

“It was dark and it was stuck in like 1990,” Mohamed said. “It was like someone walked out of that door and never came back.”

Through “blood, sweat and tears,” the duo and family members transformed the former home of Main Street Legal Cafe at 127 N. Main St. into what is now Umami Downtown.

“Everything we did here, from the paint, the cleaning, the decorations, everything was done by us,” Mohamed said.

The floors, walls and tables that were hues of burgundy, orange and black have been replaced by light gray and white tones, accented by small green plants. The kitchen equipment has been upgraded and the entire space has gone through a “deep cleanse.”

With the cosmetic improvements complete, the eclectic eatery will officially open on Friday at 11 a.m. following a Rowan County Chamber of Commerce ribbon cutting. The ribbon sliced during the ceremony won’t be the typical bright red. It will be green — the same color as Umami’s Bonsai tree logo.

The sleek downtown Salisbury restaurant seats about 50 people and has a few tables and chairs on the sidewalk for outdoor dining. Mohamed and Broughton will jointly captain the kitchen with their family providing support.

“We’re a small crew. We’re family,” Mohamed said. “It’s two friends and their kids running the place. We’d like to get the process down and then we’d like to bring in some new people, local people who want to be a part of what we have here.”

Inspired by Mohamed’s Vietnamese heritage and love of bold Asian flavors, Umami Downtown will serve poke bowls, sushi and banh mi sandwiches. The restaurant offers specialty drinks such as Vietnamese coffee (made with condensed milk and a few “special ingredients”) and house-brewed Boba tea with popping pearls. American classics like burgers and wings are options as well.

“It’s special to us because we’re doing everything from scratch,” Mohamed said.

Mohamed promises a few menu additions in the future, including a dish that she said has already been requested by a few customers.

Curious customers have already had several weeks to taste Umami’s diverse menu; the restaurant has been open and operating since Oct. 1. Mohamed said she’s been pleased with the reception so far. Having a few slower-paced weeks under its belt has helped the restaurant perfect its process.

“It allowed us to work out our kinks,” Mohamed said. “It was needed.”

The soft opening has already caused Mohamed and Broughton to alter Umami’s hours of operation. The restaurant will open from 11 a.m. – 8 p.m. on Tuesday through Thursday and 11 a.m. – 9 p.m. on Friday and Saturday. Mohamed said the restaurant will explore the option of opening for breakfast in the future. More information can be found on the restaurant’s Facebook page.