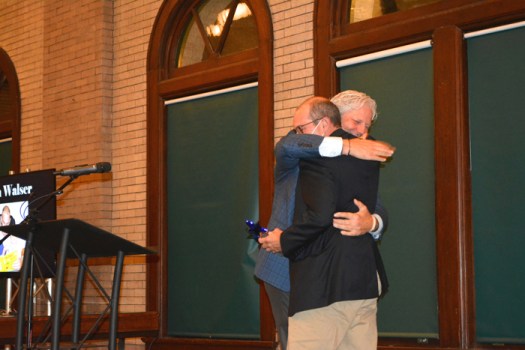 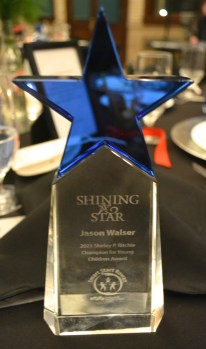 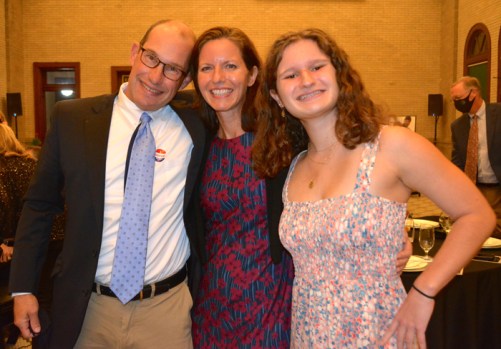 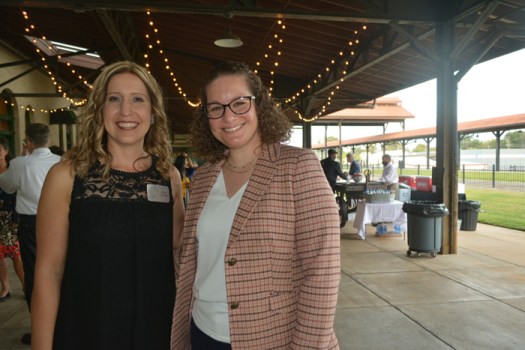 But he only knew about two.

Walser served as emcee for the evening, hosted by Smart Start Rowan. He also attended as executive director of the Blanche and Julian Robertson Family Foundation, a longtime supporter of the nonprofit agency. What he didn’t know is that he was to receive the 2021 Shirley P. Ritchie Champion for Young Children Award.

It didn’t take Walser long to figure out that he was the honoree. He first came on the Smart Start Rowan board in 2001, when his wife Tracy was pregnant with their first child. There haven’t been too many men on the board over the years, he said later. Walser and his wife have a son, Ian, a student at East Carolina University, and a daughter, Autumn, a student at Salisbury High School.

Walser has served six terms on the board. He is passionate about early childhood education in Rowan County, and an advocate for children and families, said Jimmy Greene, a former board member and Walser’s “partner in crime” at Smart Start Rowan.

“He simply knows everybody and is a master at making connections,” Greene noted. “He is a hero to me. He has the ability and desire to connect with people in everything he does.”

By this time, Walser had gently laid a hand on his wife’s back and was grinning.

Greene also talked about what was known as “Walser time.” His family tells him the time of an event 30 minutes before it’s actually to occur, with the hope that perhaps they’ll get there on time.

“I knew when I went to board meetings that if Walser wasn’t there I wasn’t really late,” he said.

“Jason could not be more deserving of this award,” said Amy Brown, Smart Start Rowan’s executive director. “He is a passionate community leader, and he has given so much of his time and talents to our agency. We are blessed to have him as a part of the Smart Start Rowan family.”

Greene announced that Smart Start Rowan will make a contribution to Bell Tower Green — another project Walser has been heavily involved in because of his role with the foundation— in Walser’s honor.

“This is the honor of a lifetime,” Walser said after receiving a standing ovation. “I am humbled. I have visited all of the county’s 44 childcare centers. The real heroes are those people who will be there tomorrow, loving on the next generation of children in Rowan County.”