Earnhardt’s classic No. 3 back on the track in Texas 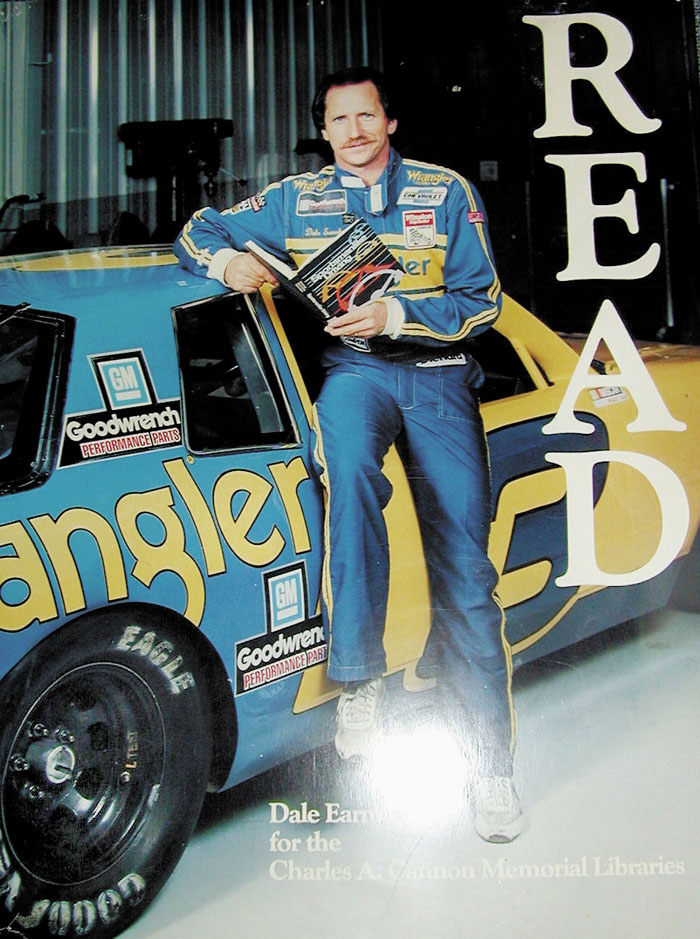 Dale Earnhardt is seen with his classic Wrangler No. 3 car. file photo by Marshall Brooks

AUSTIN, Texas  — With the engine rumbling and the tires smoking, Formula One driver Daniel Ricciardo lived his childhood dream at Circuit of the Americas, where he was gifted a joy ride in one of the late Dale Earnhardt’s cars.

Ricciardo got behind the wheel of the 1984 No. 3 Wrangler Chevrolet Monte Carlo ahead of Saturday’s activities at the U.S. Grand Prix. The Australian is an unabashed fan of NASCAR’s late seven-time champion.

The Saturday morning drive around COTA  — he turned a few laps and even spun some donuts — was a reward from McLaren boss Zak Brown for Ricciardo winning his first Formula One race with the team earlier this season. The car is the original and now part of Brown’s collection.

Ricciardo, who has long called Earnhardt one of his racing heroes, is wearing a special black and silver helmet this week that pays tribute to Earnhardt. It includes Earnhardt’s No. 3 and Ricciardo’s nickname “The Honey Badger” in the style of Earnhardt’s old “Intimidator” branding.

“He’s a big hero of mine, so to be able to drive one of his cars is going to be a surreal moment and a bit of a dream come true,” Ricciardo said earlier in the week.

Dirty Mo Media, the production company owned by Earnhardt’s son, has been desperately trying to schedule Ricciardo for the “Dale Jr. Download,” Earnhardt Jr.’s popular televised podcast, while Ricciardo is in North America.

“I’m happy for Daniel,” Earnhardt Jr. tweeted. “I’m also appreciative for how he celebrates my father. That makes a lot of dads family members and fans smile.”