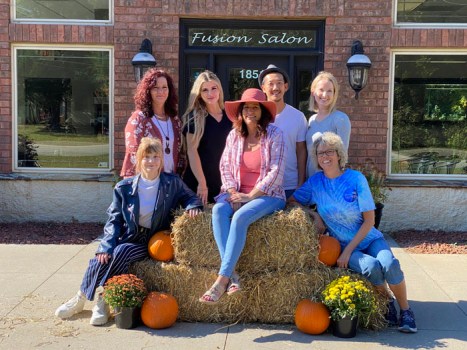 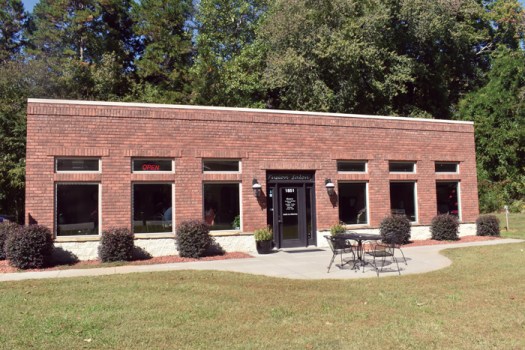 Tiffany Tucker built her salon on the north side of Spencer, near the community where she grew up. Ben Stansell/Salisbury Post 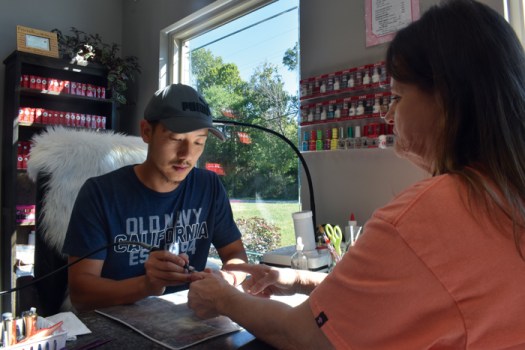 SPENCER — Tiffany Tucker is not a believer in the expression “build it and they will come.”

When Tucker opened Fusion Salon at 1851 US 29 in 2005, she didn’t follow the oft misquoted idiom by waiting around for clients to walk through the door. Instead, she went to them.

“There were times in the beginning when I first opened up the shop where I’d print out some fliers and go to any events that would be here in Spencer, like the parade,” Tucker said. “My kids would also be involved and we would walk all the way down one side of Spencer and then walk down the other and just pass out flyers and candy.”

“Convenience stores, Food Lion, everywhere I went I was promoting this business,” Tucker said. “I knew I couldn’t sit here and wait on it. I had to go out and get it.”

Her guerrilla marketing paid off.

Last year, the full-service salon celebrated its 15th anniversary. Even though Tucker couldn’t host a party to commemorate the occasion due to COVID-19, she is hosting a customer appreciation day on Saturday, Oct. 30 from noon-3 p.m. with free hot dogs, hamburgers and candy for the kids. Halloween costumes are welcome, but not required.

“I want to give back,” Tucker said.

Tucker is hoping to bring together customers who have supported her business for a decade and a half. Without their loyalty, she said, her dream of owning and operating a full-service salon wouldn’t have been realized.

“I love my customers,” Tucker said. “It’s not just doing hair. You build a friendship, you get to know them. We’re their therapist. It’s fun.”

Tucker first became interested in working as a hairstylist when she was a teenager, but it wasn’t until she was a mother of two that she earnestly pursued her goal.

“After I had my second child, I decided I was going to fulfill my dreams,” Tucker said.

Tucker completed cosmetology school and worked for Regis at the Salisbury Mall while she designed and built the salon on Highway 29. She found inspiration for naming the salon at a car dealership, where she test drove the newly released Ford Fusion sedan.

“I did not like the car. It was way too small, but I really liked the name,” Tucker said.

Fusion Salon might technically be within Salisbury city limits, but Tucker built the business where it is in part because of its proximity to the Spencer community where she grew up.

The salon is somewhat of a beauty outpost, located in an area that’s sparsely populated by other businesses. While the salon’s myriad services have attracted customers, Tucker’s goal of making the salon comfortable for clients may be the secret to its longevity.

“I make you feel like you’re at home,” Tucker said.

If you ask Pamela Wibberding what has kept her coming back for a decade, her answer is simple.

The salon’s peripheral location hasn’t been a problem for Tucker’s customers, except for when the Wil-Cox bridge spanning the Yadkin River was closed for several months in 2012.

Concerned by the impact the closure was having on her salon and other US 29 restaurants and stores, Tucker organized a meeting with a dozen local business owners, Rep. Harry Warren and Pat Ivey from the North Carolina Department of Transportation.

“I didn’t really know what it was going to amount to,” Tucker said. “All I could do was try.”

Once again, Tucker’s extra effort yielded results. The bridge was reopened and signs were placed along the road directing traffic to local businesses.

Fusion Salon wasn’t forced into closure during the bridge dilemma, but it was forced to shutter for two months after the onset of COVID-19 pandemic.

“It was my first time ever putting letters ‘closed’ out there,” Tucker said. “It was crazy. No one knew when we were going to reopen.”

When the shop was allowed to open again, Tucker bounced back by adding a new nail technician. The hire helped Tucker achieve her goal of becoming a full-service salon offering everything from hair coloring to massages and tanning. Tucker’s staff is now seven members strong.

Having more than a half dozen employees is a far cry from when Tucker was the salon’s lone employee for the first several years it existed.

While much has changed at the business since 2005, Tucker said she is proud to still have the first customer who walked through her doors. More information about Fusion Salon can be found on its Facebook page or by calling 704-603-4515.