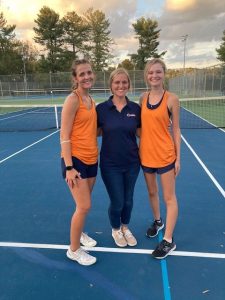 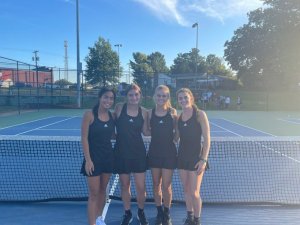 They reached the semifinals and have qualified for the 3A individual state tournament at Burlington Tennis Center.

Salisbury had two doubles teams go 2-0 in 2A Midwest Regional action hosted by the Hornets on Friday.

Abby Campion/Millie Wymbs and Kate Burton/Emily Frick have reached the semifinals and have qualified for the individual state tournament to be held in Holly Springs.

Play continues in the regionals on Saturday.