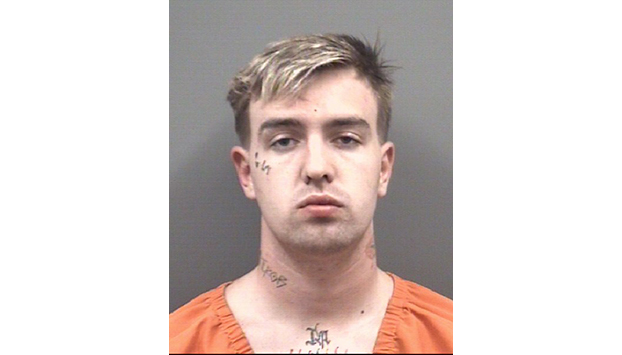 SALISBURY — Carson Ware, a part-time NASCAR driver, was staying with a coworker and his wife when he was arrested Wednesday on assault and injury to personal property charges.

Maj. John Sifford of the Rowan County Sheriff’s Office said a deputy was dispatched to the coworker’s house on Athens Drive at about 2:30 a.m. after a 911 call from the residence.

The responding deputies heard loud banging coming from inside the home and observed broken glass and clothes scattered across the floor from outside. The deputies saw Ware peek out of a window and gave him commands to come outside, which he complied with, Sifford said.

They observed blood on his face and a swollen lip. He was placed in handcuffs while the officers investigated further. The two victims in the Athens Drive home alleged Ware was drinking throughout the day away from the residence, returned and became belligerent.

Ware allegedly pushed and slapped the female victim before getting into a physical altercation with her husband. The victims retreated to their bedroom, locked the door and called the police. Ware allegedly tried to break through the door before deputies arrived.

Inside the house, deputies saw several broken paintings and wall art lying on the floor. The bedroom door was shattered and with the door frame was busted, Sifford. Deputies also saw two shattered flatscreen TVs.

Ware was charged with misdemeanor assault on a female, misdemeanor simple assault and misdemeanor injury to personal property. He was transported to Rowan County Detention Center and placed under a $1,000 bond. On Thursday morning, Ware was still in jail.

Ware, 21, of Jamestown, was suspended by NASCAR following the arrest.

Ware drives for Rick Ware Racing, his father’s team, and made his debut in the NASCAR Xfinity series in May 2020 driving the SS-Green Light Racing Car No. 7 through a partnership with RWR. Rick ware on Wednesday issued a statement expressing frustration at his son’s actions and the undue scrutiny it caused on SS-Green Light.