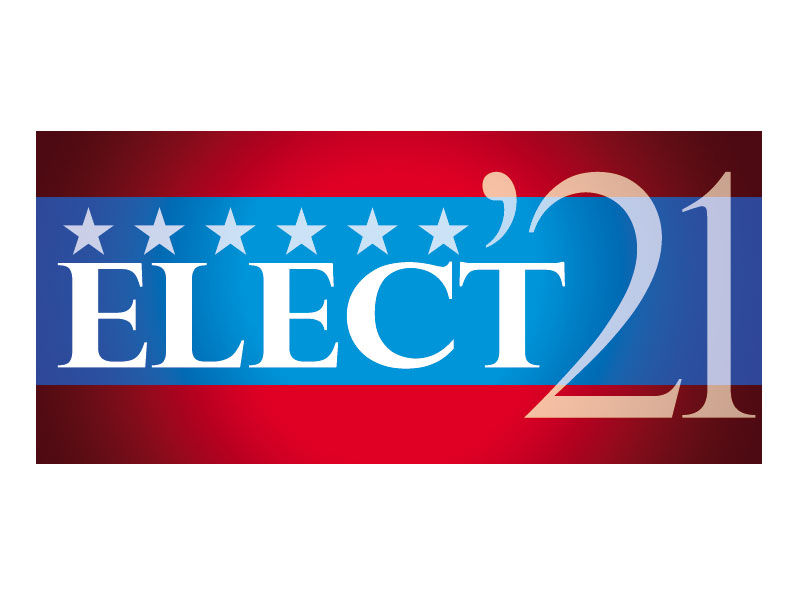 SALISBURY — While City Council candidate opinions differ, they mostly say council members made the best decisions possible when relocating “Fame,” responding to protesters and mitigating the pandemic in 2020.

In addition to events surrounding the pandemic, much of the sitting council’s legacy will be characterized by a summer of protests for racial justice and police accountability after the death of George Floyd and the renewed call to relocate the “Fame” Confederate monument from its downtown perch.

Calls to remove the Confederate monument re-emerged in summer 2020 after a Kernersville man attended a protest downtown and fired a gunshot into the air near the monument. That incident led to the police chief and City Council formally declaring it a public safety hazard in June 2020. Council members then unanimously voted in support of an agreement with the United Daughters of the Confederacy to relocate the monument to a historic cemetery on North Lee Street that also includes grave markers for Confederate soldiers.

Incumbent Tamara Sheffield sees the relocation as “one of the success stories” compared to other cities that removed or destroyed Confederate monuments erected during the Jim Crow era. She said “Fame” is now in an appropriate area where it can represent what it was intended to.

“The timing was right,” Sheffield said. “Could it have happened earlier? Possibly. But I’m happy that it happened while I had a part in it.”

Rev. Anthony Smith said his activism in relocating the monument was first sparked in 2015 after Dylann Roof shot and killed nine Black churchgoers in Charleston, South Carolina, during a Bible study. Smith said he saw protesters in Confederate flag apparel just days after the massacre.

“We know that Dylann Roof literally wore Confederate flags like capes,” Smith said. “And to just wear that just days after these people were brutally murdered in the name of how he interpreted that symbol, that statue drew that here. It had an energy, it had a magnetism, a certain story about it that drew that here.”

Smith said he’s glad “Fame” has been relocated and saddened it took the firing of gunshots in the presence of children for the city to make it happen. Additionally, Smith denounced the narrative that Mayor Pro Tem Al Heggins wanted to destroy the monument because she called for a discussion about the issue. Especially since the City Council vote to relocate was unanimous, Smith said council members should have been stronger in supporting her amidst that narrative.

Harry McLaughlin Jr. said monuments and symbols represent society’s values and belief systems, and that the monument’s new location is appropriate. Unlike the State of Liberty, he added, “Fame” doesn’t represent all of society. With a diversity of people enjoying the new Bell Tower Green Park, McLaughlin said there shouldn’t be a monument present that isolates some people.

Nalini Joseph said she’s glad city leaders came together to compromise and made a decision that considered everyone’s safety. Joseph said the “Fame” issue is resolved.

Jessica Cloward said she loved seeing the “angel” perched in the heart of downtown when she first moved to the city seven years ago. Cloward said she trusts the council did the best it could.

Incumbent David Post said the majority of the members of public who spoke out about the issue were against relocating it, but people wanting it relocated grew over time. Post recalled telling council members the vote should be unanimous so the council could be united in its decision.

In August 2020, Heggins proposed at a City Council meeting a discussion of banning the use of chemical agents, including tear gas, after Salisbury Police officers deployed several canisters on June 1 when protestors gathered around the monument a day after gunshots were fired.

Heggins said at the time that her proposal wasn’t a commentary on SPD or its leadership. Rather, it was a conversation on how leaders want citizens to be treated, Heggins said. Ultimately, no action was taken after a divisive meeting that included video footage of the police department’s actions that night.

“No, I am not a fan of the use of tear gas in a situation that was as calm as that was,” Sheffield told the Post. “Again, I am also not a police officer, nor am I a safety expert for this city.”

Sheffield said such circumstances are why it is imperative police departments have review and advisory boards.

Smith, along with Salisbury-Rowan NAACP President Gemale Black and activist Ash Love, were among the protesters gathered downtown when tear gas was used. Smith said a variety of factors led to chaos such as helping middle and high school students who had never protested or confronted law enforcement before and outsiders who came to the city to stir up trouble. Overall, Smith said, the city and officers handled protests well except for the use of tear gas.

McLaughlin said officers always have to take the approach that any situation can be dangerous because “they want to go home at the end of the night.” He said city leaders and officers should plan proactively to prevent a situation from “escalating to a point where it’s out of control.”

McLaughlin added he’s not against the police department’s use of non-lethal tools as long as it complies with the use of force policy.

Cloward commended officers and leaders for “an amazing job” preventing the protests from escalating.

“At the end of the day, our businesses were saved. Our streets were saved,” Cloward said. “We didn’t see anyone get hurt or injured. Lives could have been in danger at that point.”

Joseph said it seems city government, police and other organizations acted as they should have to prioritize everyone’s safety and prevent something much worse from happening.

About a year and a half after COVID-19 was declared a pandemic, City Council meetings continue to operate virtually. Council members met in-person for the July 20 and Aug. 3 meetings before returning to virtual-only meetings as infections grew among city employees and across the county.

Sheffield commended City Manager Lane Bailey for closing offices and pivoting to technology before vaccinations became available. Sheffield said virtual meetings didn’t hamper attendance of the regular meetings, which is still largely driven by the agenda, and even allowed more people the opportunity to speak during public comment.

“We’re still getting work done,” Sheffield said. “And I think that’s what matters.”

Post concurred and said all of the city’s departments continued to serve residents without hiccups.

Sheffield credited city leaders with assisting the Rowan County Chamber of Commerce in providing businesses with resources and signage as they adapted their operations in 2020.

Cloward, who operates a local realty company, said the supplies and resources were appreciated. She commended local leaders for thinking of everyone’s safety in making hard decisions to cancel events that require planning and preparation.

McLaughlin said resources helped, but leaders fell short of providing businesses with plans or guidance for recovery. He said not all owners were familiar with the grants available to them. He called for more preparation for future threats and proposed developing business centers for those who want to work remotely.

Sheffield said she’s disappointed with how low the city’s vaccination rate is and added that she’s upheld her “social contract” by following the three Ws and receiving the vaccination to protect others.

Throughout the pandemic, Smith has advocated for mask mandates at Rowan-Salisbury Schools during Board of Education meetings. Smith said he felt bad for local leaders navigating politicization from the federal level and the divisions it created. Smith said he also didn’t feel all council members were strong in their messaging to promote the three Ws and vaccinations once they were available.

Joseph said leaders were doing the best they could with the knowledge they had at the time.

“I think in hindsight we all are saying, ‘We wish we hadn’t shut down as early as we did.’ But we had to go through that learning curve, as a city, as a community, as a nation,” Joseph said.

Barbee said city leaders “did their due diligence” under the parameters they could operate.