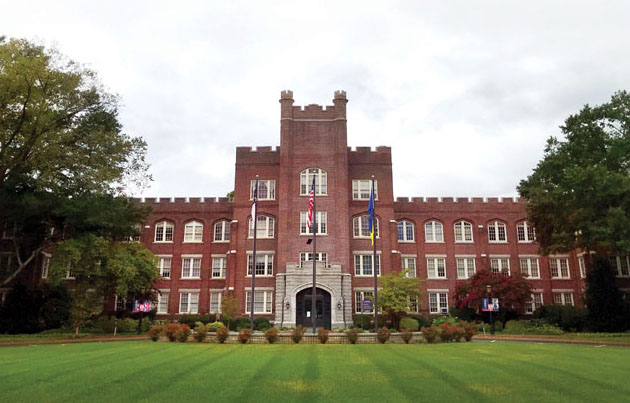 SALISBURY – Catawba College on Thursday announced the receipt of a $200 million gift to its endowment, far surpassing any previous donation.

The anonymous gift puts the 1,200-student college’s endowment over $300 million — in line with nearby schools such as UNC Charlotte, which had a 2020 endowment total of $232.2 million. The gift also gives Catawba one of the highest endowment-per-student higher education ratios in the region.

Catawba Director of Marketing and Communications Jodi Bailey said one-third of the funding must go to Catawba’s environment and sustainability programs. The rest of the funding will be put toward the college’s initiatives, student scholarships, student success programming, the workplace and “investing in faculty excellence,” according to a news release from the school.

“Our donor’s generosity funds our imagination, enabling us to provide a liberal arts education that frees students to create the world where we all want to live,” Nelson said.

Catawba Vice President of Development Meg Dees said the gift is a cause for celebration in the entire community and the hope is the gift will catalyze philanthropic contributions.

The previous record for a donation to the institution came earlier this year — a $13.7 million anonymous gift that cleared most of the college’s outstanding debt.

Bailey said the most recent gift does not change the college’s mission and noted there is more than one donor capable of giving in that amount.

The money goes into an endowment fund, and the college will draw from it from year-to-year rather than use it as an immediately available pot of money. Bailey said the college needs to draft what opportunities it has with this amount of funding.

An endowment, as defined by the American Council on Education, is an aggregation of assets invested by a college or university to support its educational and research mission in perpetuity.

Bailey said it is important for the college to take the time to consider what means for the college, how it can use the funding to live sustainably on campus more comprehensively and develop premiere programs.

“At this point we don’t know exactly what this means to us,” Bailey said. “It adds to a lot of things.”