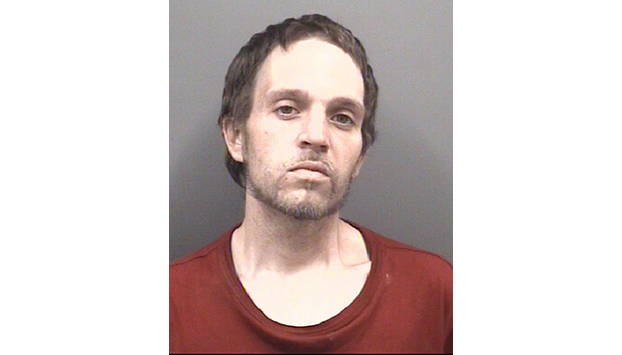 SALISBURY — A Woodleaf man was jailed Tuesday after taking Rowan County sheriff’s deputies on a chase from Julian Road, through Concord and Kannapolis and back to Salisbury.

Alexander Daniel Garner, 32, was charged with possessing stolen goods, possession of drug paraphernalia, felony flee to elude and driving the wrong way. The incident started with a Tuesday morning check on suspicious vehicle in the 400 block of Julian Road.

When a Rowan County sheriff’s deputy on Tuesday knocked on the car’s window, Garner woke up and sped off down a trail in nearby woods, said Maj. John Sifford. The chase traveled on roads that included N.C. 152, U.S. 29 and Interstate 85 South in Rowan County. It reached speeds of up to 120 mph. After traveling through Concord and Kannapolis, Garner returned to I-85 and drove north until reaching exit 68, which connects to N.C. 152.

Sifford said Garner missed the exit ramp at N.C. 152 and drove up a grassy hill to get onto the road. He continued until he returned to U.S. 29, traveling at speeds of about 70 mph and running multiple red lights, Sifford said.

Garner then called 911 and said he was willing to pull over. Sifford said he was arrested in a parking lot near the intersection of U.S. 29 and Camp Road.

Inside the vehicle, Sifford said, deputies found hypodermic needles in a small bag. The license plate on the Toyota Camry was registered to another vehicle reported stolen in Mooresville, Sifford said.

Garner remained in the Rowan County Detention Center Wednesday with a $10,000 bond.

A woman who was in the car with him during the chase wasn’t arrested.