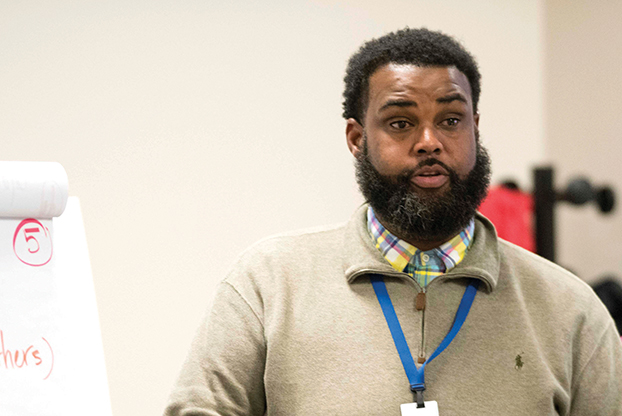 SALISBURY – A Knox Middle School administrator resigned last week after Rowan-Salisbury Schools was made aware of a video showing a confrontation with a student, the district said.

Christopher McNeil, a longtime faculty member for Rowan-Salisbury Schools who most recently served as assistant principal at Knox, resigned Oct. 12, the same day RSS says it began an investigation into the incident. The investigation still is ongoing, RSS said in an emailed statement.

The video, posted on social media, picks up with a student and McNeil already in a verbal altercation. After McNeil moved away from the child’s desk, the male student got out his chair, walked up to McNeil, threatened him and pushed his body up against McNeil, who restrained the boy by his arms.

The boy is restrained and carried into the hallway by McNeil and another faculty member. The boy can be heard screaming in the hallway before the video ends.

The district’s statement on the incident said, “The safety of all students and staff is the highest priority for Rowan-Salisbury Schools.”

McNeil furnished a statement on the incident saying he wanted to respond from inquiries from the press in a timely manner and  share his story about what happened that day, but he is seeking legal counsel. He said the section of video only shows a small part of the story.

“I am not afraid of people hearing the entire story of what recently transpired in the classroom at Knox,” McNeil wrote in an emailed statement.

McNeil also said the events have been heavy on his heart and he is sad for the students and teachers at the school.

“Many of those students have had a tough hand dealt them, and I have spent my career trying to provide love and support for students that are wrestling with many challenges they bring with them to school every day,” McNeil wrote.