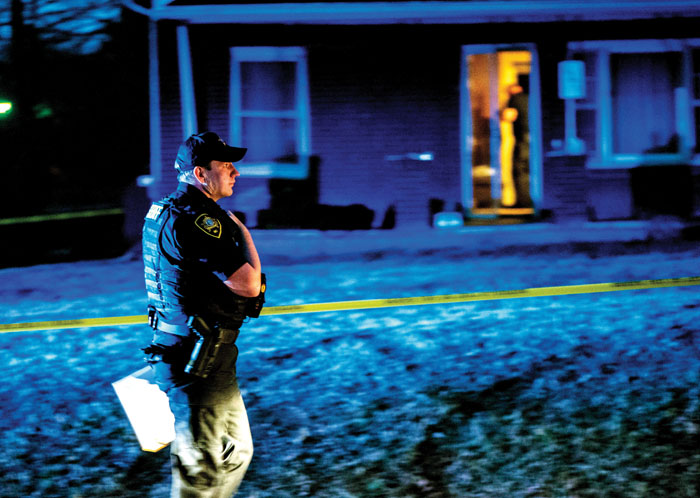 SALISBURY — A house at 1270 Gheen Road that’s been the site of two murders and other crimes must be vacated, with any trespassers subject to arrest, states a public nuisance judgment approved Thursday.

Rowan County Superior Court Judge Tim Gould signed the public nuisance judgment against owners and occupants of the property, which is in the Woodleaf area and close to the Rowan-Davie county line. The order specifically requires the property vacated by Nov. 13 and gives custodial rights to a man named George Blackwell. A sign on the front porch of the home forbids trespassing.

The judgment is the latest step in civil action brought by Rowan County officials after crimes, complaints about drug activity and other calls from nearby residents. In a news release, officials cited chapter 19 of the North Carolina General Statutes as providing a civil remedy to abate criminal acts and their impacts on the community.

In April, a 33-year-old woman named April Elesha Whitley was shot in the chest after a vehicle she was riding in parked in the driveway of the Gheen Road, the Rowan County Sheriff’s Office said. She died in a Rowan County EMS ambulance shortly after it arrived at Rowan Medical Center. In February 2018, a man named Gregory Yarborough, 21, also was killed after being shot multiple times at the address. He was breathing when Rowan Sheriff’s Office deputies arrived. CPR was not successful.

“Criminal activity has been occurring at this property for years and has caused the citizens of the community to suffer unnecessarily,” Rowan County Sheriff Kevin Auten said in a news release. “Through our county and state law enforcement agencies working together and with the cooperation of the property owners, and community we were able to solve this problem and make the community safer.”

In addition to arrest for trespassing, people named in the civil action can be held in contempt of court and punished with jail time, fines or both if any part of the order is violated.

The nuisance abatement laws provide a solution to properties that create a disproportionate demand on law enforcement resources and negatively impact the quality of life for citizens living nearby, said Meredith Shoaf, assistant special agent in charge of the N.C. Alcohol Law Enforcement Nuisance Abatement Team.

“We are pleased to have been able to work with the Sheriff’s Office to bring a permanent solution to this problem,” Shoaf said.