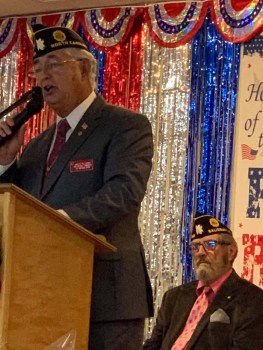 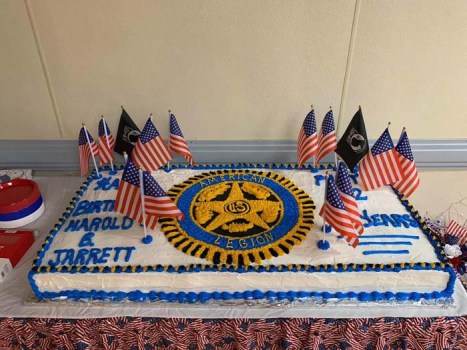 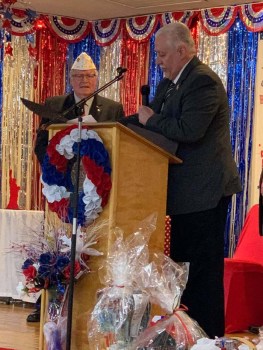 Post 342 celebrated 75 years of history on Sept. 18 with 125 guests in attendance and a catered meal by Debbie Suggs Catering. The only surviving charter member, Jack Kepley, provided the history of Post 342, which was named after Army Sgt. Harold B. Jarrett. He was killed on Aug. 19, 1944, at the Battle of Brignoles. Jarrett served in the 3rd Infantry Division Company C 601 Tank Destroyer.

Almost a year ago, Past Post Commander Charlie Frick and his committee began planning and working on the 75th celebration.  A special coin was designed to commemorate the event.

The keynote speaker was the American Legion Department Commander of North Carolina, Jim Quinlan. He told of the involvement of the Legion in the community and was presented a state flag that flew over the Capital by Sen. Carl Ford. Quinlan was also presented a U.S. flag that flew over the Capital in Washington D.C. by Sam Shuemate, a representative for U.S. Rep. Ted Budd.

Post 342 would like to thank sponsors Powles Staton Funeral Home and the law firm of Whitley, Jordon, Inge and Rary for supporting the event.