Granite Fest makes a comeback with music, vendors and fun for kids 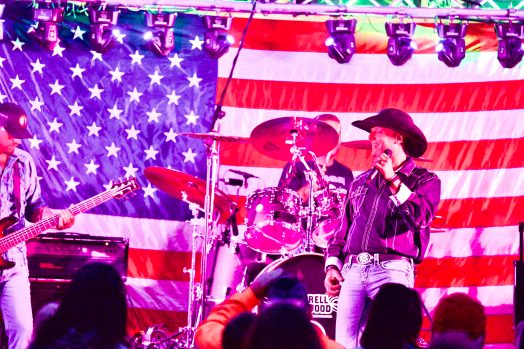 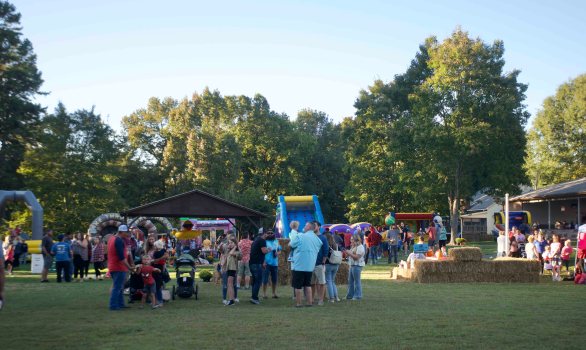 Carl Blankenship/Salisbury Post - A large section of the park was devoted to just kids acitivities and inflatables. 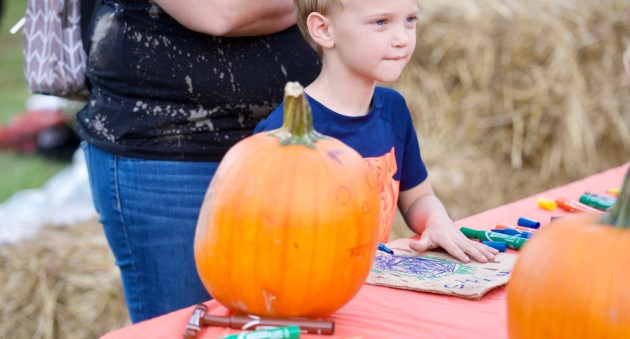 Carl Blankenship - Noah Miers doing some decorating at one of the craft stations.

The reinvigorated event turned the tennis courts into a vendor haven. Food trucks lined up on Oak Street and other stalls were scattered throughout the park. There was a full set of inflatables for kids and some fall arts and crafts as well.

The stage was packed with music from Seth Grigg, Jon Linker, Shelby Stover, Alec and Austin and headliner Darrell Harwood.

The event was a return to form for the town. It held smaller events in recent years, and last year held no events in the park due to the COVID-19 pandemic. The full slate of vendors and music, however, resurrected a signature gathering Granite Quarry began in the early 2000s.

“It kind of fizzled out,” Alderman Kim Cress said.

Cress spent 19 years managing the town’s maintenance department and saw the arch of the event over the years. His hope is to bring it back even bigger next year. During previous years, pieces were added, including a chainsaw competition and laser shows projecting onto clouds at night during the vent’s prime

Town Manager Larry Smith said staff worked hard before Saturday’s Granite Fest to get the park ready for the crowd of people.

“Its lot of getting vendors set up, organizing, laying out how the tents are going to go up, setting up the stage,” Smith said.

Smith credited the town public works department and Faith Fire Department for spending about eight hours getting the stage set up. The the town also removed a pair of dead trees ahead of the event.

“We’re out til the last minute getting everything fluffed up and ready,” Smith said.

Parking was in high demand, with shuttles taking people to and from the park from Granite Centennial Park and Wittenberg Lutheran Church.

Smith said the Community Appearance Commission and the Parks, Events and Recreation Committee all pitch in to fundraise and organize for the event.

Rebecca Miers came out the the festival with her kids. Miers said the family comes to the park all the time, but had never been to one of the town’s events. They live in Salisbury and previously lived in Rockwell.

Harwood was a major draw for the event. His image and set were at the forefront of marketing for the festival. The China Grove native, donning his signature black cowboy hat and backed by a full band, had a three-hour set capping the evening. Vendors started to close up as the sun went down and festival-goers corralled around the stage.