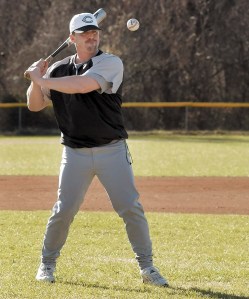 A Celebration of Life memorial  service for David Wright  will take place on Saturday, Oct. 23, at 3 p.m. at the South Rowan baseball field.

Wright played at South Rowan and Carson-Newman and served as head baseball coach at Concord, West Rowan and for the South Rowan American Legion team.

Friends, players and coaches from Wright’s baseball years will participate in a program to honor his memory.

Music will be provided by members of a band that Wright was a part of.

Catawba travels to Queens on Wednesday.

Catawba will host Newberry on Wednesday at 7 p.m.

Lenoir-Rhyne won 3-1 against Queens on Saturday.

Anna Rymer total 11 kills for Ferrum on Saturday in losses to Roanoke and Randolph-Macon.

JaVon Lofton (West Rowan) had six tackles for Averett, including a sack, in Saturday’s 30-25 loss at Huntingdon.

Devin Turner (West Rowan) had four tackles and a hurry as St. Andrews beat Kentucky Christian 35-24 for its first win.